The mountain landscape of Upper Svaneti is an outstanding example of alpine beauty with medieval settlements and towers, preserved by its long-term geographical isolation. Mountains of Svaneti have a lot to offer, from roads less traveled to fun cafes and bars in Mestia. We've listed some of the sight you might not want to miss out during your visit to one of the most beautiful regions in the Caucasus.

Mestia, the capital of Svaneti, is an excellent place to begin your exploration of the region. You can hike to glaciers, visit the museum to learn about Svan culture, sample local cuisine, ski, or simply enjoy the view of the towers.

Ushba Waterfall (Shdugra) is the most waterlogged waterfall in Georgia. Located in Svaneti, near the village of Mazeri. The waterfall can be reached both at the foot and above it, in case of climbing it you can see the glacier at the foot of Ushba, as well as a beautiful view of Svaneti. The walking distance to get to the foot of the waterfall is about 3 km (one way), and if you want to get to the top of the waterfall you will have to walk an additional 3 km. The last section will follow a trail of medium difficulty and you will also have to cross a river, but you will be satisfied with what you see. 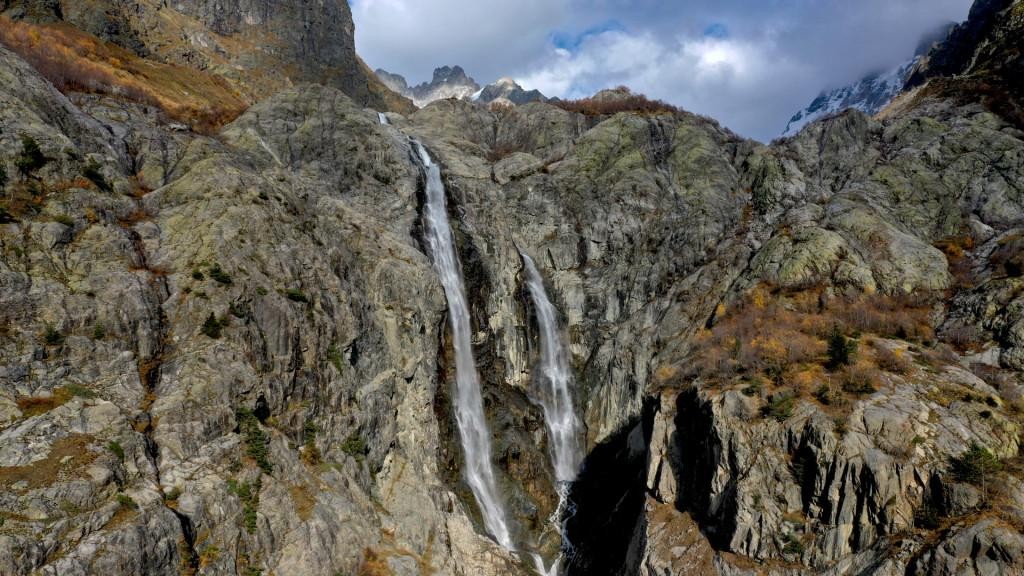 Big Okrotskali Lake and Patara Okrotskali Lake are located in Upper Svaneti, Mestia Municipality, on the eastern side of the Khojali Range, near the border of Svaneti and Abkhazia. The trip to the Big and Small Okrostskali lakes is one of Georgia's lesser-known but most impressive routes. The spectacular panoramic scenery and incredible lakes more than compensate for the time spent seeing the lakes.

The museum was founded in 1936 and houses historic artifacts from the Svaneti region, including unique icons and engravings, a rich collection of manuscripts, medieval weaponry, iron, silver and copper ornaments, jewelry, pottery, and a collection of textile items, ethnographic artifacts depicting ancient life in Svaneti, and more.

Adishi, at 2,040 meters above sea level, is worth seeing for numerous reasons, it is significantly less developed and not so many tourists go there. Here you can see stone homes from the Middle Ages, which rise above the settlement with their fortified towers. There are four churches in Adishi, each with wonderful traditional frescoes.

The ski resort Hatsvali is good for skiing and snowboarding, there are 5.5 km of slopes available. 4 lifts transport the guests. The winter sports area is situated between the elevations of 1,868 and 2,348 m. in Summer you can enjoy taking a lift and views revealed from there.

Lamaria church of Ushguli is a medieval Georgian Orthodox church in the highland northwestern Georgian province of Upper Svaneti, now part of the Mestia Municipality, Samegrelo-Zemo Svaneti region. It is a simple hall church, with a projecting apse and an ambulatory. The interior contains two layers of medieval frescoes, in a state of deterioration. The church is inscribed on the list of the Immovable Cultural Monuments of National Significance of Georgia.