I found myself spontaneously in Baku both times, once on New Year’s Eve, the second time in the summer. Since it is a windy seaside place, summer is a really good decision.

If you love to travel by train from Tbilisi to Baku, the night ride is 16 hours, it costs about 41-61 GEL.

It should be noted that many residents have white cars, which fits well with the nickname of Baku - White city. 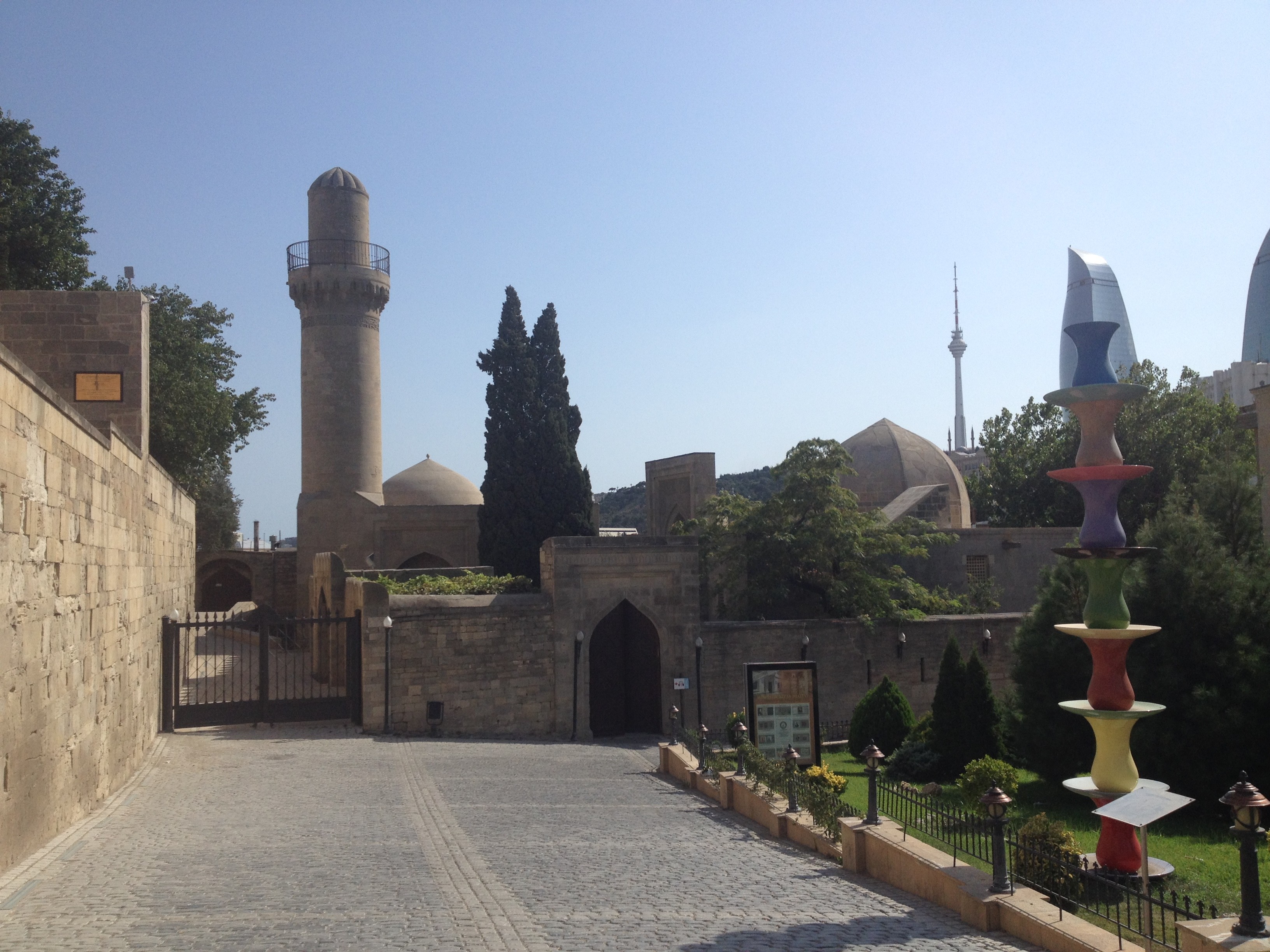 We start sightseeing with Maiden Tower:

This building has no analogues in the whole East. No resources were left to determine exactly when it was built and what its purpose was. Nowadays you can enjoy the view of the city from here. It is secondarily called the Tower of the Virgin because of the legend.

The Venetian model stands in the heart of the street, and a boat trip costs roughly 5 manats. I wouldn't put it on my watch list, but you'll have to pass by it to go to the Carpet Museum. 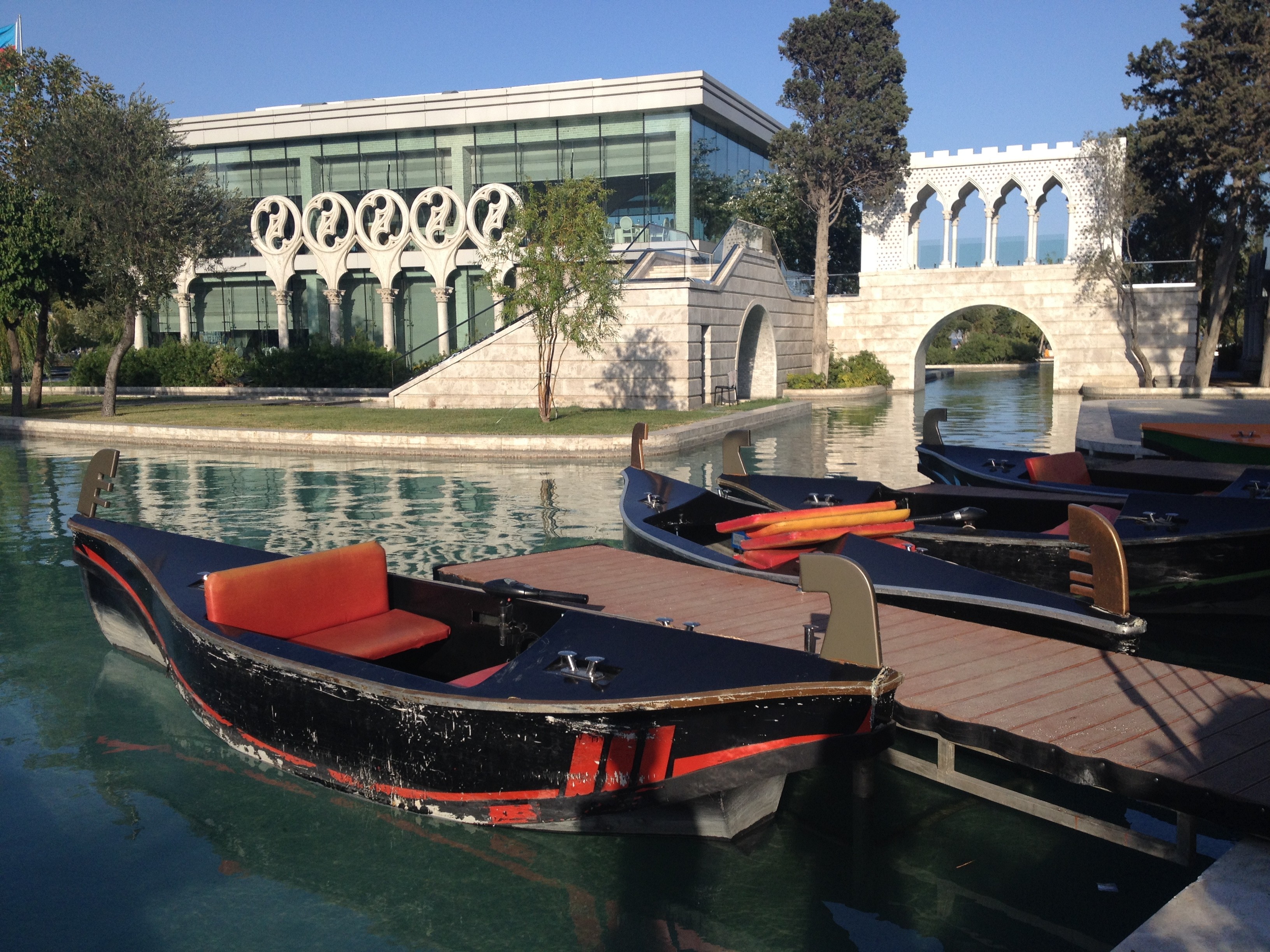 Carpets are a big part of Azerbaijani culture. All of this is housed in a museum where you’ll find one of the richest collections. It may not be your area of interest, but the exterior view is still definitely worth it.

There’s a Ferris Wheel called Baku eye near the museum. It usually is beautiful to see the city from above, however in my opinion Baku is a panoramic city to look at from the side and not from the top.

Bicycles are for rent under the wheel. If you want to see the city’s panoramic view, ride it to Crystal Hall, which is 5-6 kilometers away. The whole road is a very pleasant ride, you go to the sea and gradually the views change, some are rollerblading, some are skateboarding. We sat down at the Crystal Hall to see city lights going on and looked at Baku with a "different eye".

Palace of the Shirvanshahs

The Shirvanshah Palace is the main attraction of the old part of the city and one of the oldest symbols, which perfectly reflects the 15th century architecture and is protected by UNESCO.

Here you will find a museum of miniature books, the size of which is 2 mm * 2 mm. The exposition includes 6000 copies, including Georgian books.

While walking in these narrow streets, you can find many interesting exteriors, cafes or galleries. For example, on the way, we were attracted by one of the galleries, the artist met us on the spot and offered us a fortune-telling depending on which painting we chose, the result was mystically true. 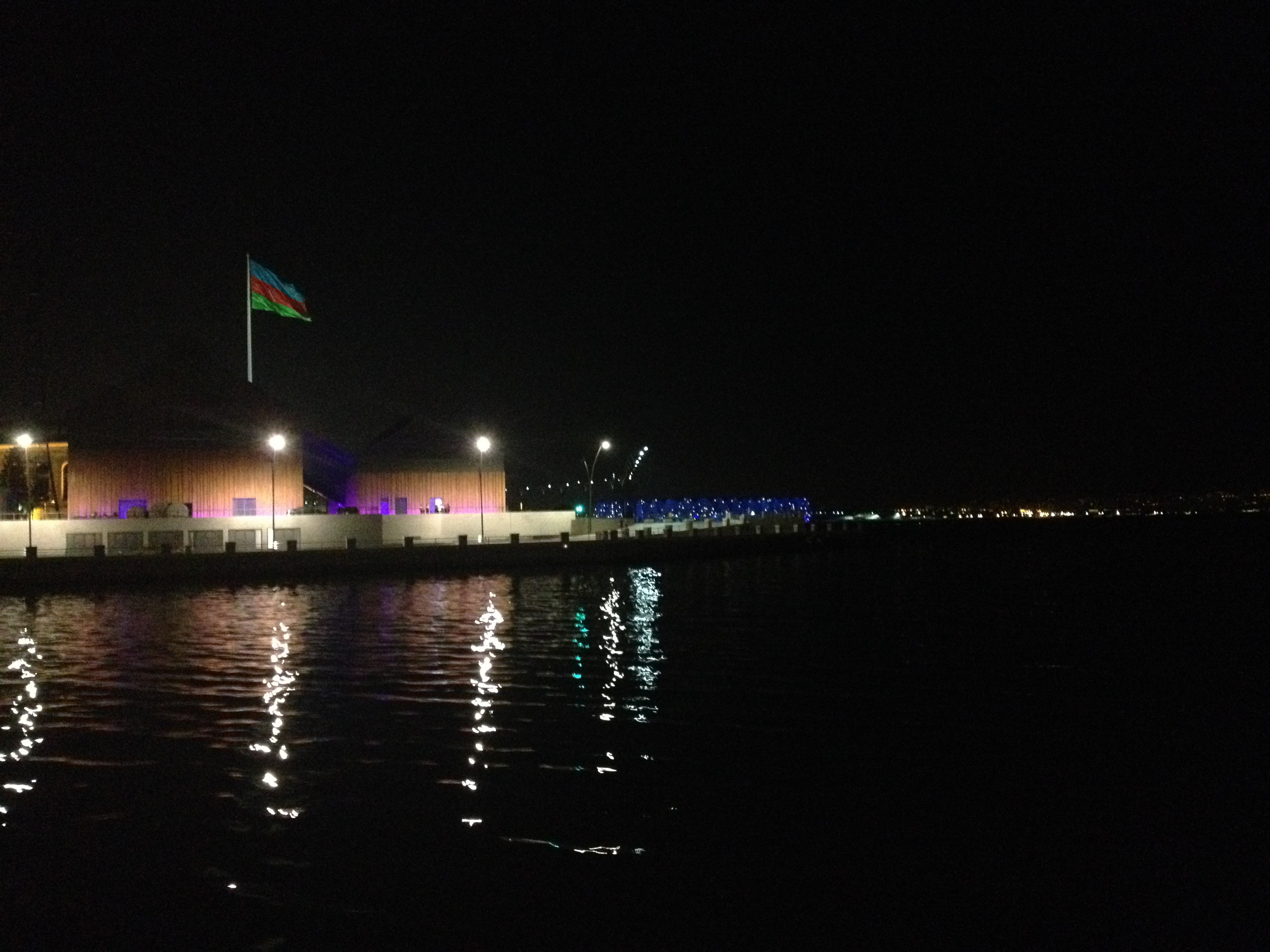 Otherwise this area is called Targovnaia. There are many cafes and shops where you can buy accessories or souvenirs at a very affordable price in addition to brands.

Away from the city center, the monument to Soviet spy and officer Richard Sorge in Zorge Park is quite epic.

This work by Iraqi-British architect Zaha Hadid accurately reflects the modernized infrastructure that has been developing in the city for two decades.

One of the most remarkable monuments of Islamic culture, it is about half an hour walk from the center. There is an aquapark and a beach.

A half hour boat ride on the Caspian Sea is possible at any time of the day and is quite affordable (5-10 manats).

Azerbaijani cuisine can be described in four words - pickles, herbs, lamb and salt. Of course the local kebab is famous. For some reason they definitely bring bread with any food.

I recommend the restaurant Firuze to taste traditional dishes and enjoy the interior.

Sirvansah muzey restoran is distinguished by a wide selection of Azerbaijani dishes.

However, I would consider Teze Bazaar as the most interesting way to taste. Salesmen will let you try all kinds of local food. 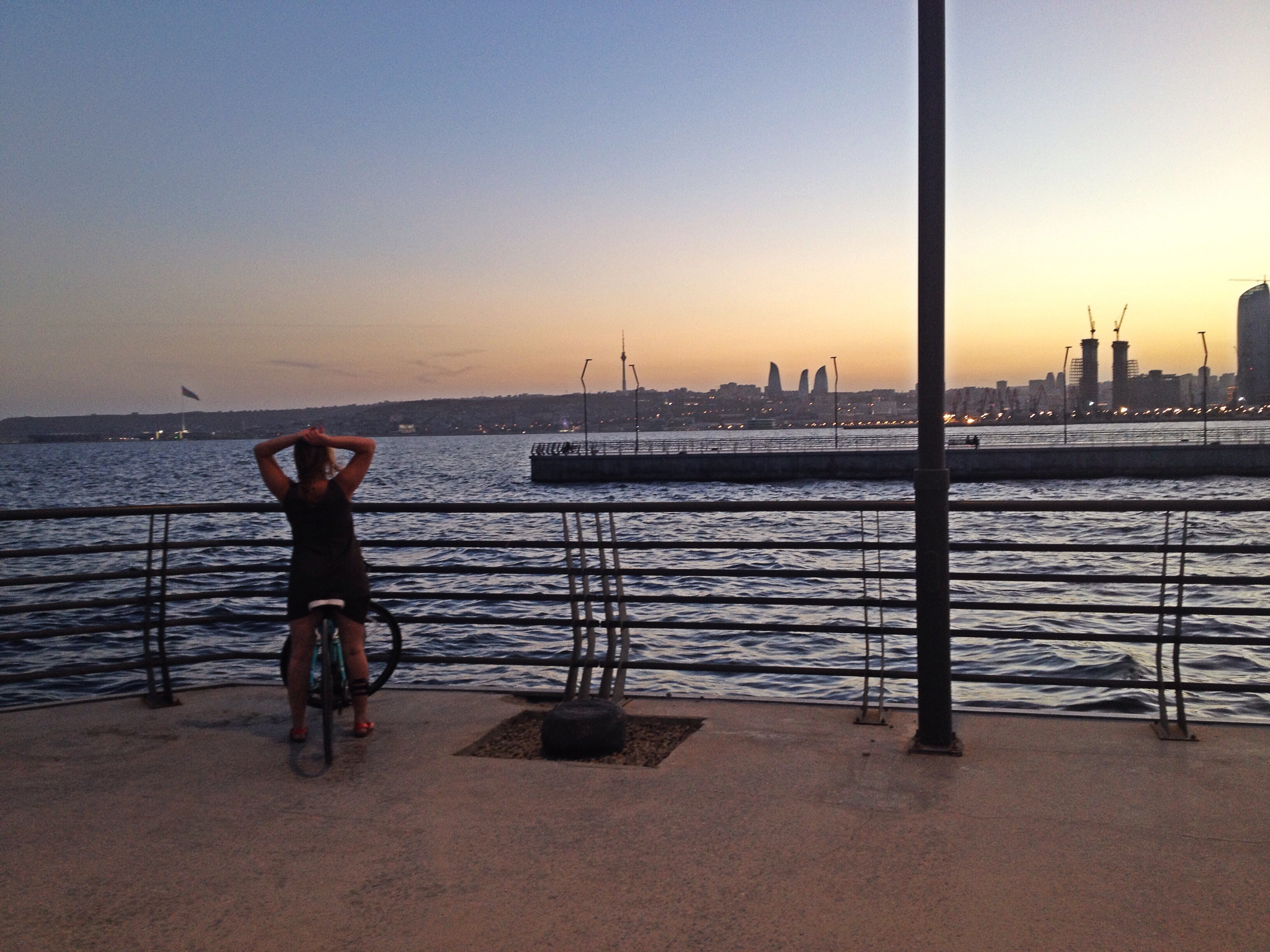 In the city you will find several jazz clubs and not so many dive bars. The most popular are sky bars and lounges.

Otto is the most popular place among tourists, the DJ plays famous hits any evening of the week.

Pacifico- From this club the view overlooks the sea and in the summer you can dance on the veranda and enjoy the breeze coming from the sea.

Enerji- This is a huge enclosed space by the sea much loved by locals.

Phoenix- is more of a chill bar to grab some beer or cocktails.

I hope this has piqued your interest in Baku, and that you will discover some hidden gems while there.