''To comprehend the narrative, the reader must identify with one of the characters or the entire story. In this aspect, board games have a lot of potential. You participate in the story by playing - you travel through a tangible verbal environment in which aphorisms open the door to a realm in which you feel like an organic element,''-said Levan Gelashvili, designer of Knight in the Panther's Skin board game. 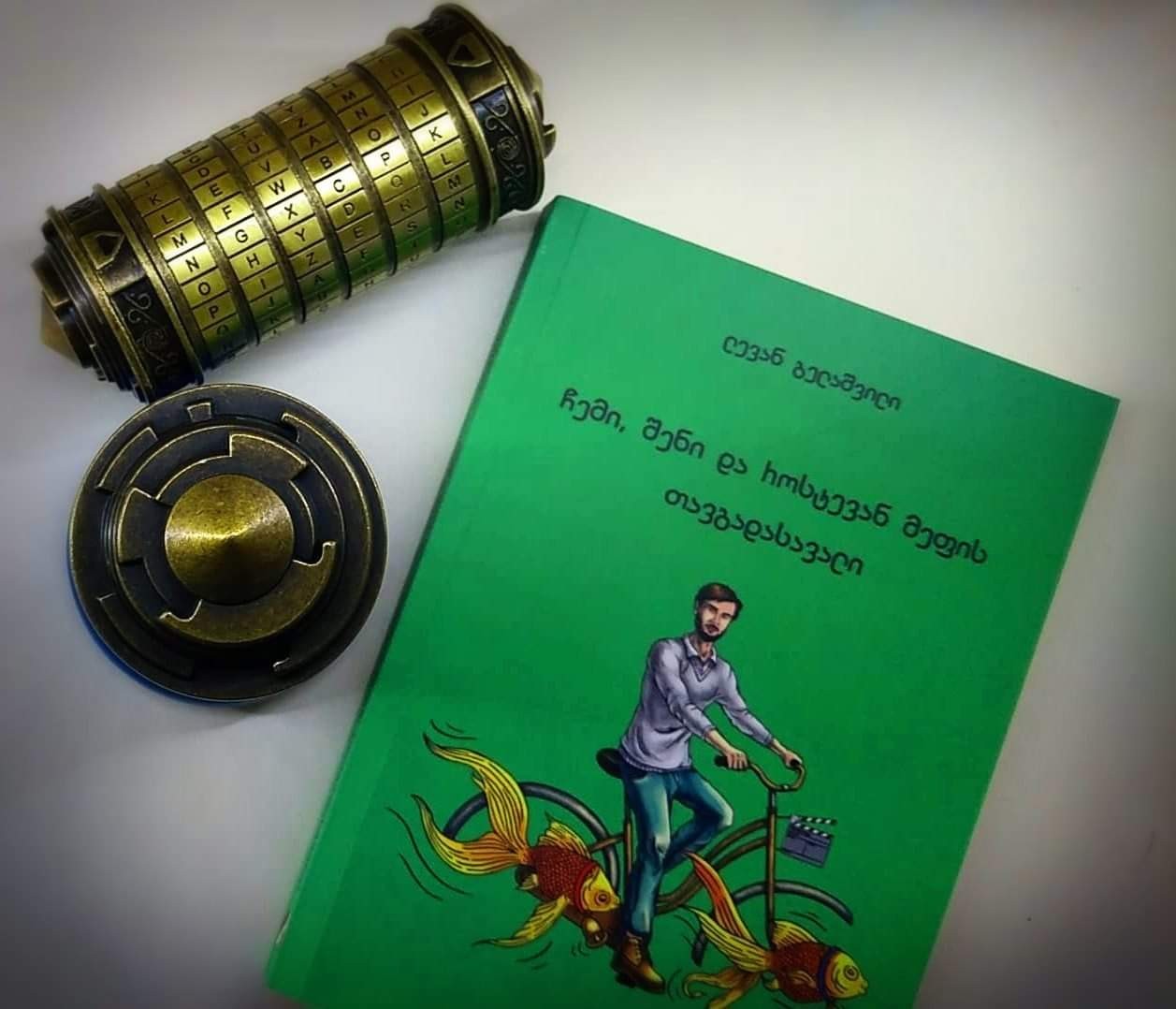 Levan Gelashvili has created up to 30 different types of eco-friendly board games on the theme of Knight in the Panther's Skin, as an alternative means of learning and enjoying travelin in different era. We asked him how he came up with the idea to create a board game:

The Knight in the Panther's Skin was relevant in all eras- reading and learning the poem by heart, giving it bride as dowry, the continuation of poems, that sometimes exceeds the original itself. 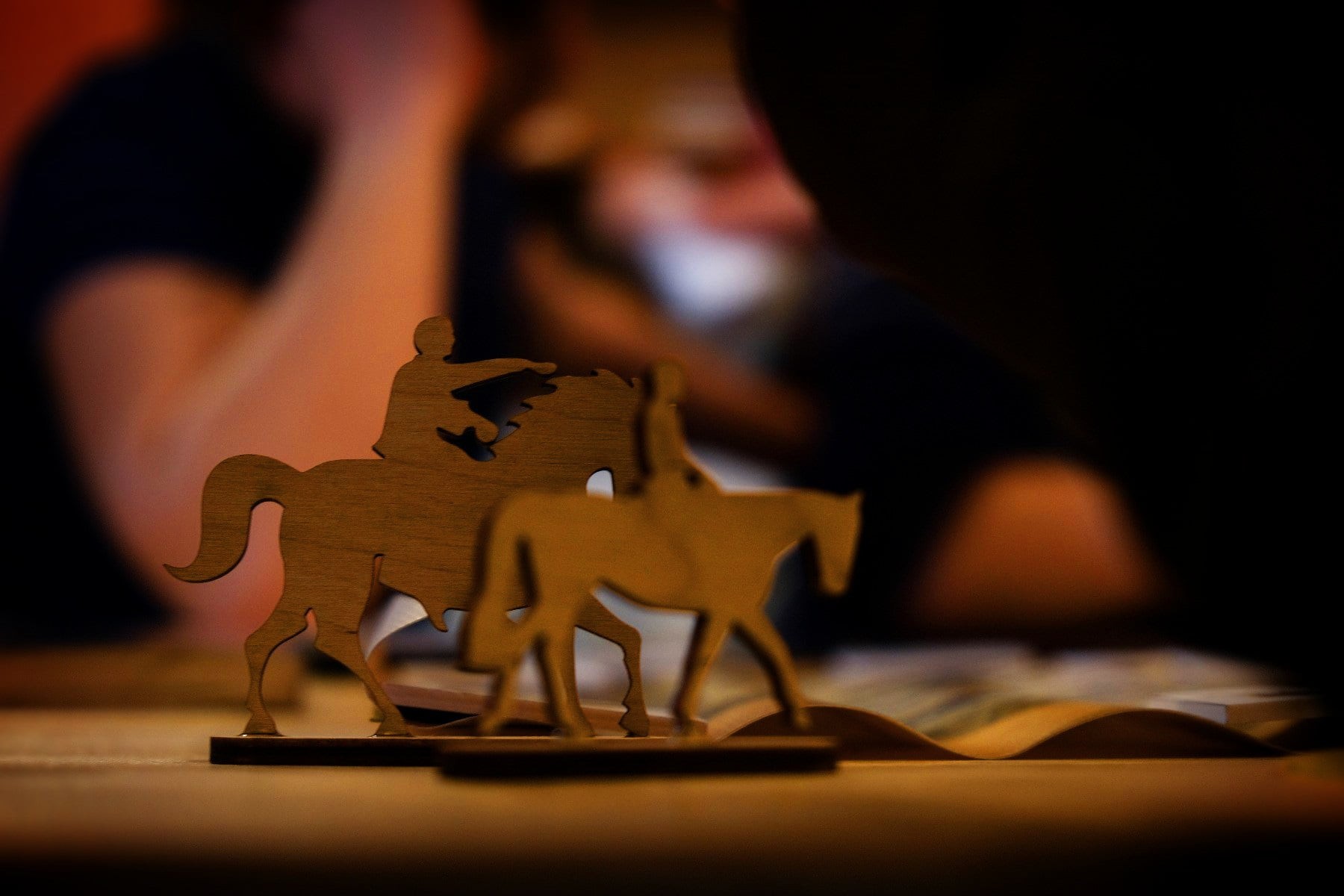 "Folk Knight in the Panther's Skin", Avtandiloba or Shermadinoba, additions of copyists - all this expressed the interactive-playful participation of the poem in the cultural and social life of the people.

The poem shaped not only literary but also public life in terms of taste, worldview, and was sometimes the most reliable means of communication and correspondence in difficult situations. During the war, under censorship, the text of a poem was often used to encrypt the text for help in correspondence.

The text of the poem can be found not only in the manuscripts but also on the walls of the Vanis Kvabi and other monuments, as well as inscriptions on the pages of the book. In the XIX century, the owner of one of the shops wrapped the candies in a piece of paper on which Rustaveli's aphorisms were printed.

The first board games of ''The Knight in the Panther's Skin" also appeared during this period. The first such literary game in Georgia was published during the time of Ilia Chavchavadze. 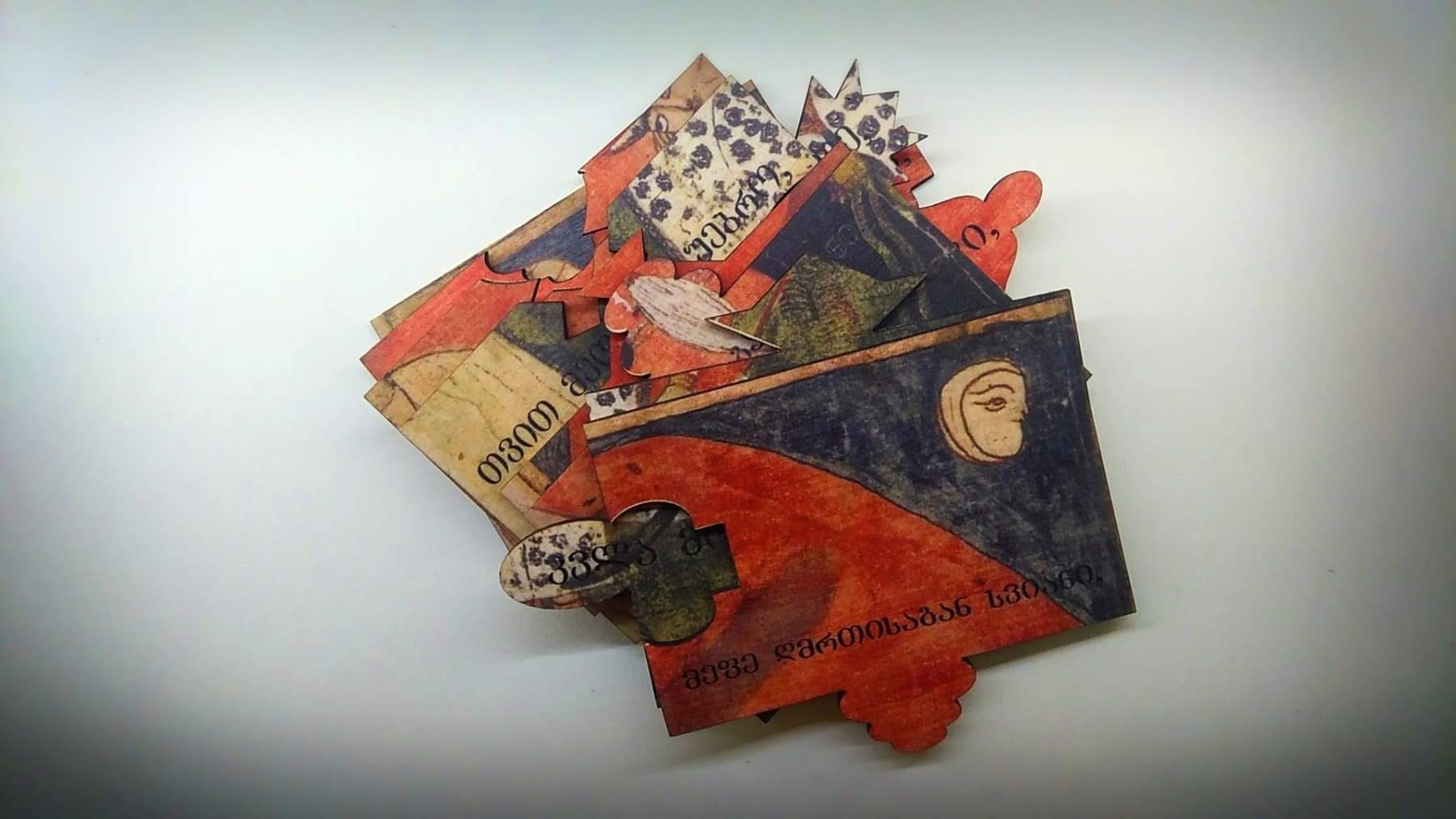 The idea came to me from here. In 2016 I made the first color-illustrated board game on a poem theme. Currently, I have 15 different types of poem board games ready.

Every year I hold the Knight in the Panther's Skin Board Games Championship in schools and universities.

Georgian schools in Europe were also interested in Panther Skin Board Games, and in cooperation with them, they successfully use these games in teaching methods.

In the case of The Knight in The Panther's Skin board games, the design process is difficult because it requires scientific research to understand what the geography of the poem was that should be reflected in the game. Currently, major works have been carried out and the games include Queen Tamar coins, Rustaveli stamps, a detailed map of the poem and character routes, illustrations by an unknown 17th-century artist, ornaments by Beka, and Beshken Opizaris, decorative pages of manuscripts ... 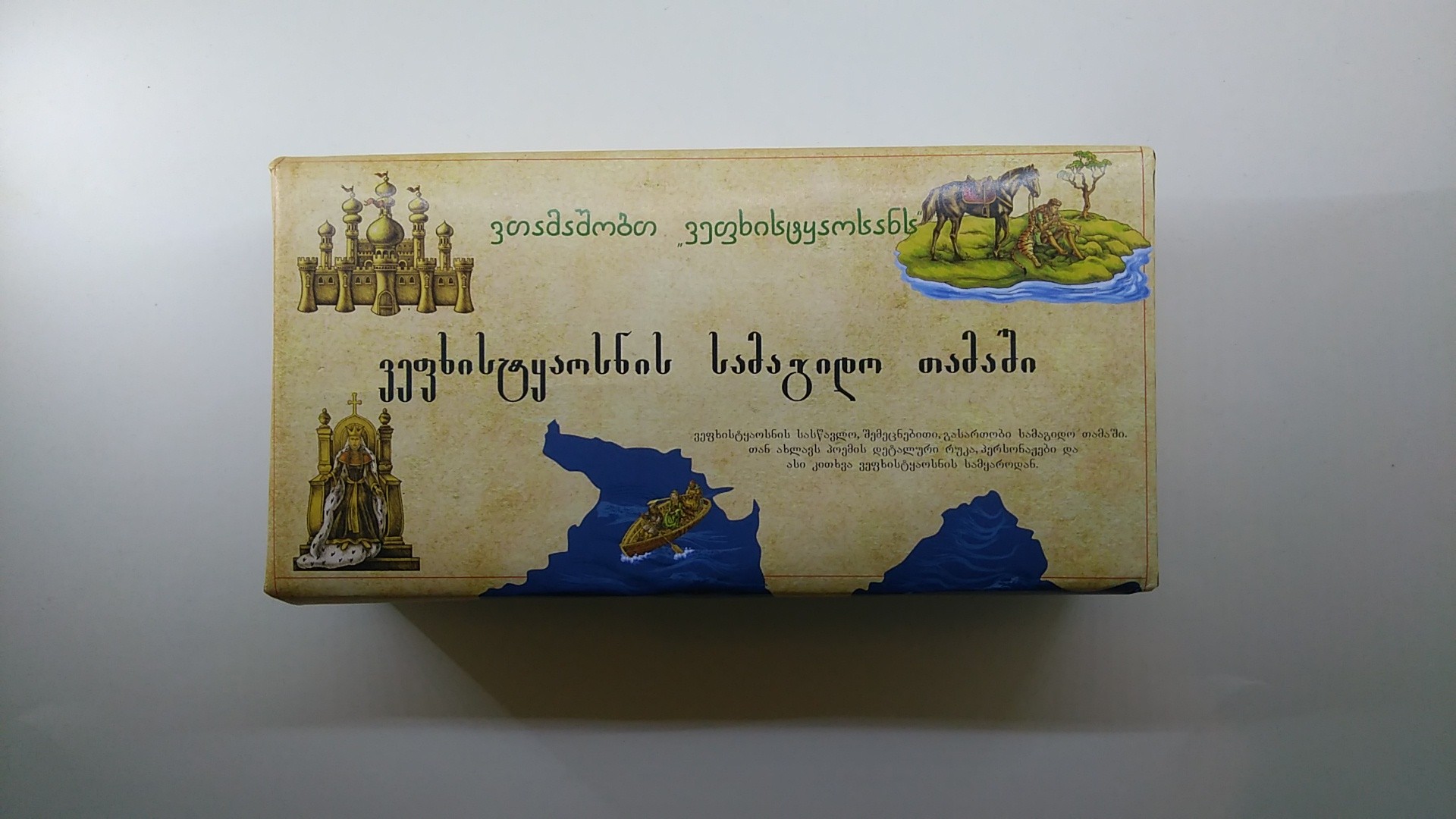 What are some of the challenges to enter the Georgian market with a board game?

I can say that after 2016 the market has changed. Many new games appeared on the market, while when I made the game in 2016 there was no such environment. A culture of board games has emerged in the target segment. The main challenge is to offer a relevant price and quality.

Who are your customers and what’s the main thing you’re trying to achieve with them?

Despite centuries of popularity, the modern world still needs to popularize "The Knight in the Panther's Skin" and return it to the modern interactive environment.

Board games are a very good way to understand and grasp the text in depth all over the world. Literary board game offers unique opportunities because it takes the player directly into the verbal world of Rustaveli and becomes a natural part of him. 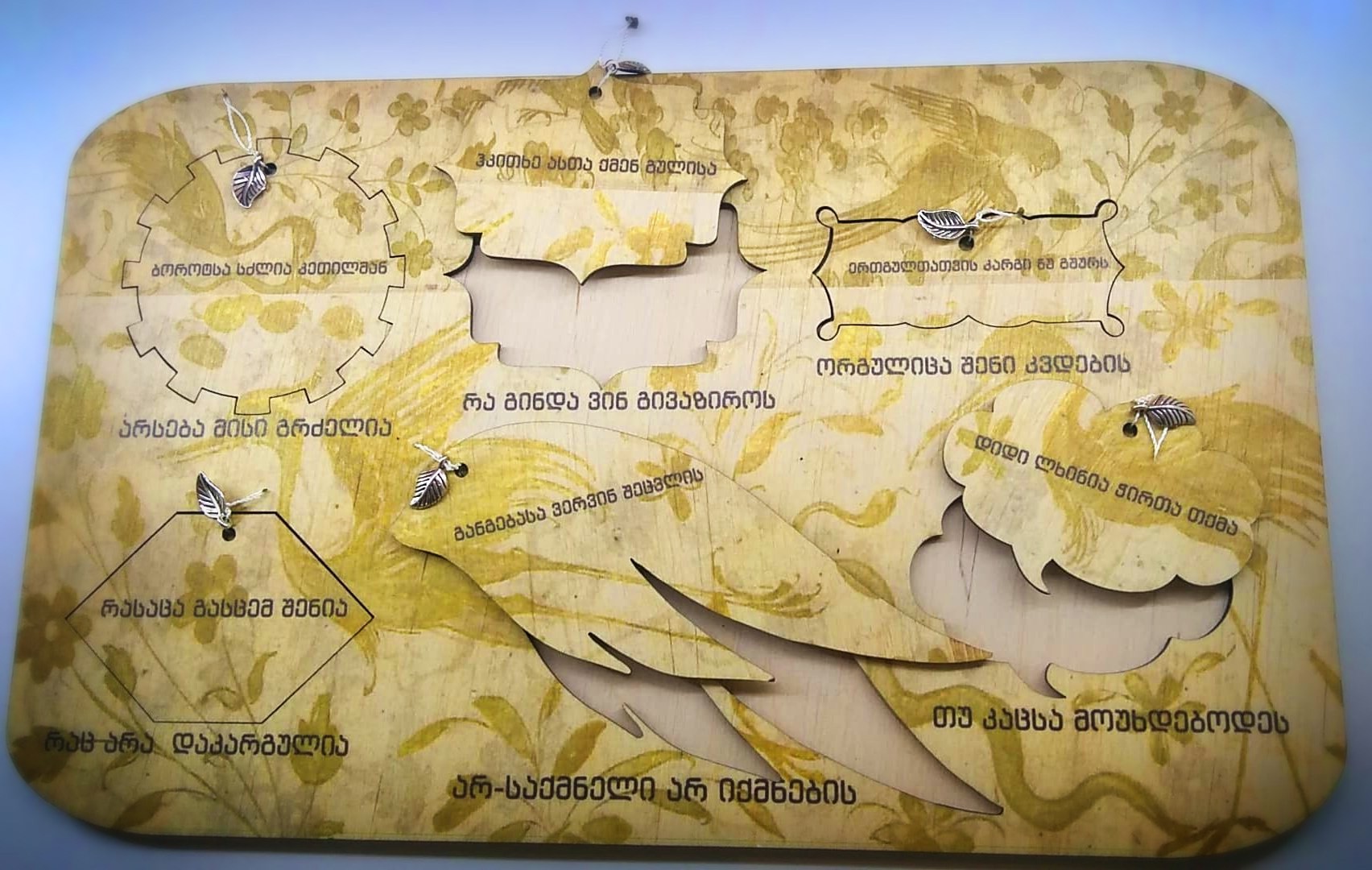 To perceive the text, it is necessary to identify the reader with one of its characters or with the whole story. Board games have great potential in this regard. You play, that's how you participate in the story - you travel in a tangible verbal environment and aphorisms open the door to a world in which you feel like an organic part.

My goal is to make studying poetry an enjoyable cognitive activity rather than a tedious experience.

Do you have new projects coming up?

I have been constantly working on the theme of Knight in the Panther's Skin board games, inventing new game principles and designs. I plan to offer news in this direction to the public in the future as well.