The first Georgian wine aged in the sea - Rkatsiteli amphora with sinks was sold at auction for 500 GEL (160 USD).

As the author of the idea, marine ecologist Davit Nikoleishvili told "Business Partner", the a businessman bought the wine, the owner of one of the cryptocurrency companies in the neighboring country. 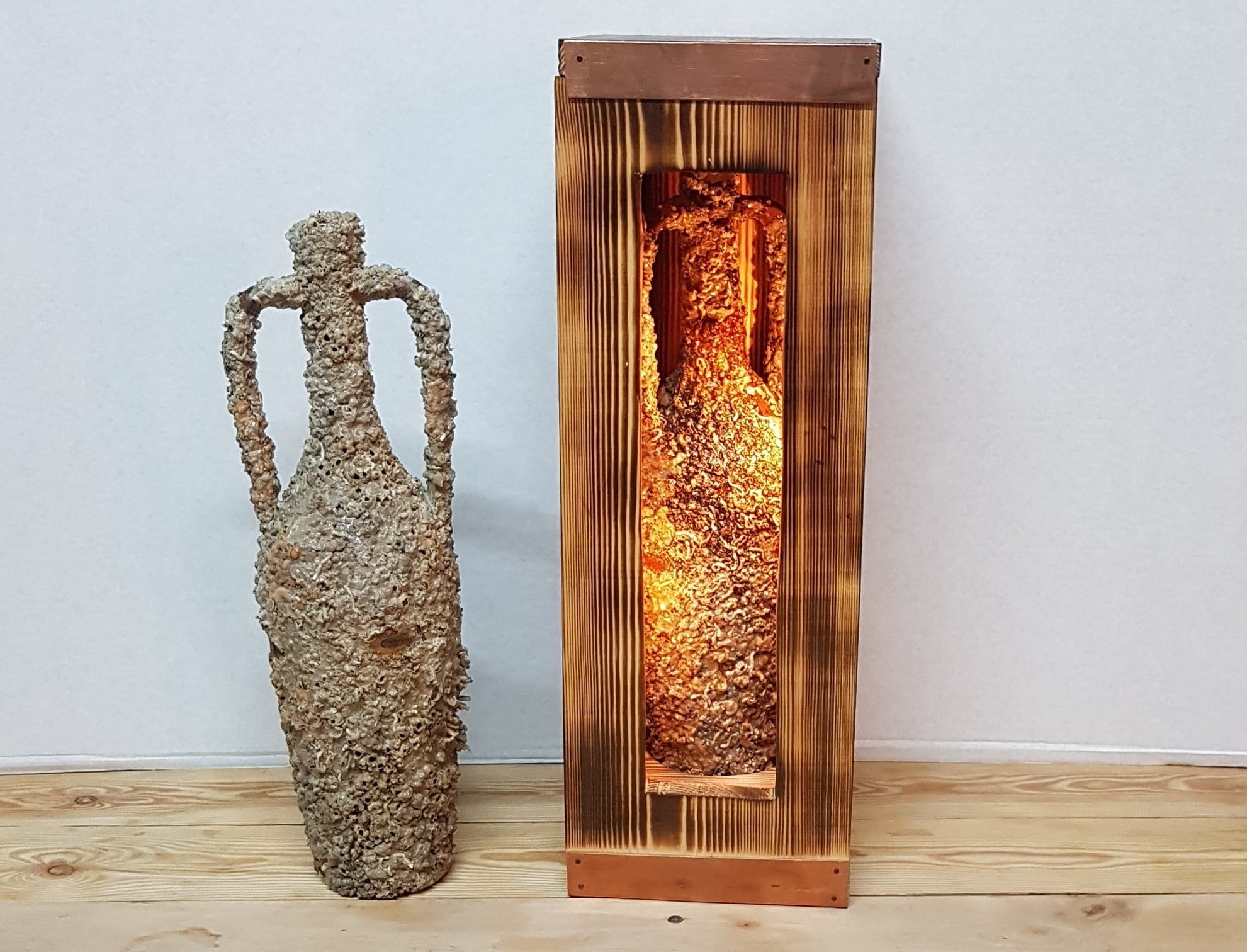 "In Georgian winemaking, my friends and I started to follow a path that no one had ever looked at before, and they still think it's impossible to do anything serious there. However, I have always openly and directly told everyone, including big businessmen and our government, about the expediency of rational development of the Black Sea area and especially the underwater areas, because that is where the greatest prospects and potential for Georgia's economic development are hidden.

I do not know how far we Georgians are going to stand by the sea and watch the blue planet from afar like wild tribes in fear, but we can no longer wait for the others," Nikoleishvili said.

According to him, up to 70 wines are currently being aged in the Black Sea, and another 70 bottles will be added in the near future.

According to him, due to the lack of legislation, the company can not lease the area.

"If we have 1 hectare area, it will be very good. The presence of many factors is important for the aging of wine. First, the mollusks should be spread and second, the low temperature," - said Nikoleishvili.

The marine ecologist also talks about quite ambitious plans and explains that if there is support from the government, marine farming will become one of the priority fields in Georgia in the near future. Among them, wine aging at sea will develop, which will allow the country to operate successfully in the international market.

"There is a huge competition in winemaking in general, and this direction is developing in France, Italy and Spain now, there is no competition, and the demand is great. Croats sell wine stored in 1 bottle of sand for 300 euros. We have a great desire to develop underwater tourism and marine farming. We are also working on attracting investments, we are talking about 300,000 euros, with this amount we will make the business look like a business, ”said Nikoleishvili.