With the meaning of the social game "20%", creators protest 20% of Georgian territory occupied by Russia and with the non-traditional way they try, to bring an awareness of 2008 August war. With it, they reach out to inapproachable audience for different media or organizations.

They connect with people, who love games and maybe, they prefer to learn by playing the game.

The game "20%" is created by 6 people being in the team of "Sanapsi". As they declare, they wanted to make a product, which would be not only topical but also beneficial, essential and significant matter for society. 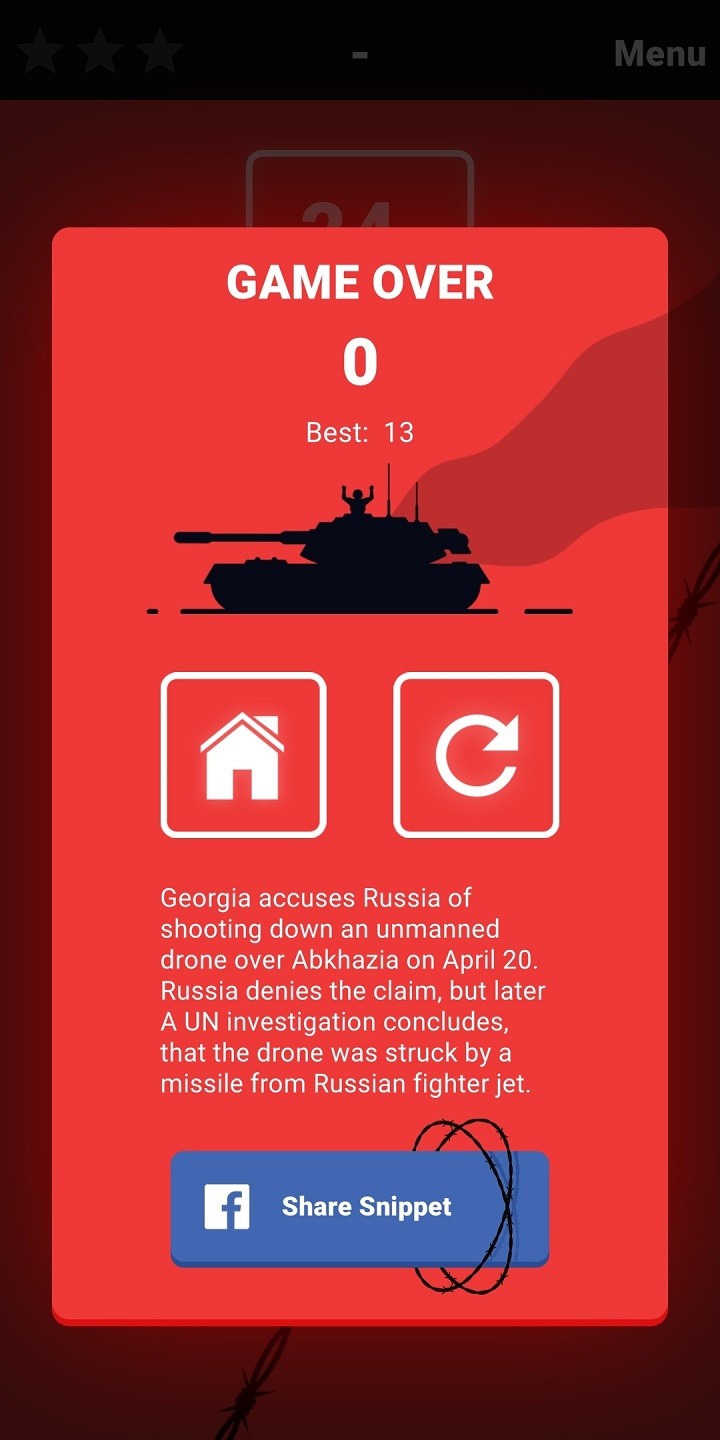 "Screen will be portrayed with the subject, for instance, vodka, balalaika or samovar, which is actually and implicitly related with Russian culture. The main principle is to cut off 20% of the subject with the full accuracy, therefore it is associated with the 20% of Georgia occupied by Russia. The main goal of the game is to bring awareness to the occupation matter. We thought that for this, cutting off the subjects is not enough. So after finishing the game, the window arises, where below the user's point some fact appears: The information about occupation, wars, propagandas, tensions between Georgia and Russia. Apart from this, we also considered adding the button, since some fact might be unknown to the player and maybe the one might wish to share this on the social media," - noted Levan Sanadiradze, one of the creators of "20%".

The future plans, which they have, are based upon the social games, which will try to manifest social problems.

Do Business Like There IS Tomorrow: Why Georgian Businesses Should Partner with CSOs
04

Ambassador of Hungary: We will be One of the First to Send Tourists to Georgia
05