According to the final report by Geostat, the national statistics service of Georgia, the unemployment rate in 2019 shrank by 1.2%, to 12.7%.

The unemployment rate has been declining  over the past 9 years, and the lowest indicator over the 15 years was recorded in 2018. 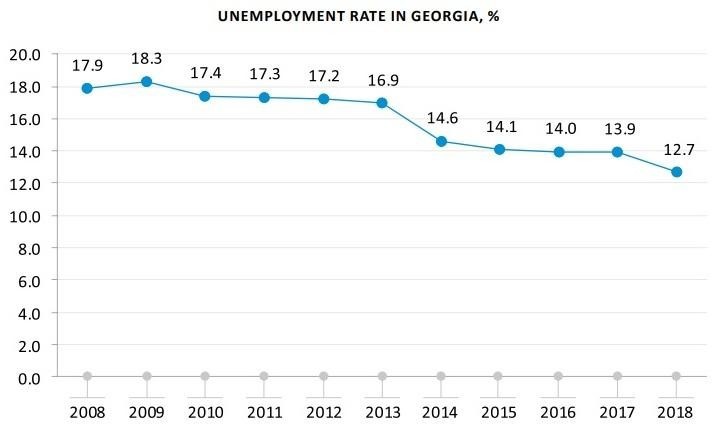 As for indicators from the regions, in 2018, as compared to 2017, the unemployment rate declined in Tbilisi, Adjara, Imereti and Guria.

“In Tbilisi, which has the highest unemployment rate, this indicator shrank by 5.9%. As for the Adjara and Imereti regions, the figure decreased by 1.8% and 1.6%. Unemployment rate rose in Samegrelo-Zemo Svaneti and Mtskheta-Mtianeti regions by 3.3% and 1.9%, respectively”, the Geostat statement reads. 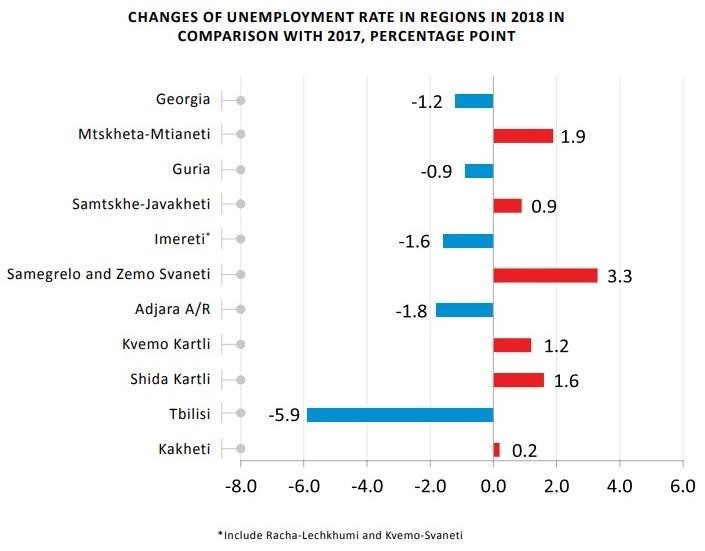 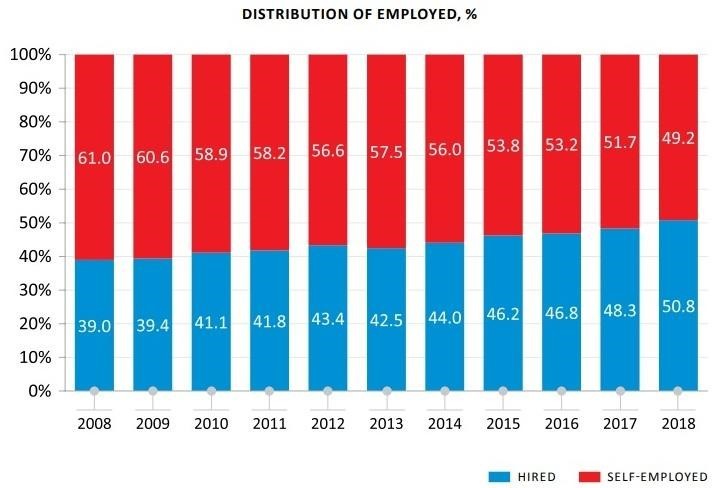 Over the past few years, the unemployment rate has declined every year, however, frequently, the contraction is the result of the decreasing size of the economically active population, because the number of job-seekers decreases and consequently, the unemployment level also climbs down. In 2018, the ratio of the economically active population in the total number of able-bodied citizens (15 years old and over) constituted 63.9%. As compared to 2017, the citizens’ activity level has comparatively decreased.

In urban settlements, the employment rate rose by 1.2% year on year, but in villages the figure declined by 3.4%. The activity rate in urban areas decreased by 1% and in villages by 3.1%.

The Geostat director explains that, according to the last reports, the employment rate’s contraction was related to growing number in the economically inactive population, after a certain part of the population lost hopes for finding jobs.

“The unemployment rate has decreased, after a certain part of the unemployed was hired. This tendency shows that a considerable number of people have moved to the category of economically inactive citizens. Previously, the figure was around 1 million citizens, but today the figure has risen to 1.1 million citizens. A certain category has lost hopes for finding a job, therefore, our methodology enlists them in the category of economically inactive citizens”, Gogita Todradze noted. 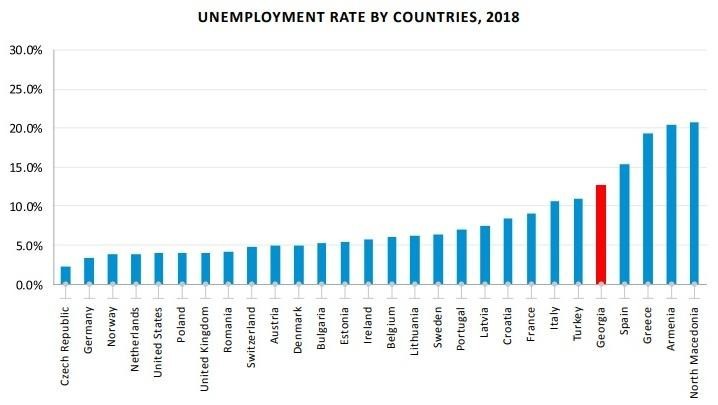 When compared to Georgia, lower employment rates are recorded in Spain, Greece, Armenia and other countries, but such countries as the Czech Republic, Germany, USA, Netherlands, Norway, Great Britain, Romania and Poland record full employment, i.e. the unemployment rate is below 5%.