The Rumsfeld Fellowship program is an innovative exchange program for young leaders from Central Asia, the South Caucasus, Mongolia and Afghanistan. Founded in 2007, the foundation has gathered 231 fellows with various professional backgrounds. According to the director of Rumsfeld Fellowship Program, David Soumbadze the final aim of the program, is to develop regional relationships and foster a better understanding and build stronger relations between the United States and the countries of the CAMCA region.

An example of how the program is having a rapid and vital impact is that, at the last session, the fellows came up with an initiative to further explore the possibility of a more extensive cooperation among CAMCA countries, and prepare a special business platform which will focus on trade and development

David, Could you please tell us about the Rumsfeld Fellowship Program? what is the main goal of the fellowship and the story behind it?

The RUMSFELD FELLOWSHIP is an innovative program for young, rising leaders from Central Asia, the Caucasus, Afghanistan and Mongolia, initiated by former U.S. Secretary of Defense Donald Rumsfeld, now President of the Rumsfeld Foundation, which he established with his wife, Joyce Rumsfeld, after leaving the Pentagon in 2007, along with Dr. Frederick Starr, world renowned expert of Central Asia, now Chairman of the Central Asia-Caucasus Institute at the American Foreign Policy Council. I am privileged to have been involved in the shaping and developing of this successful program since its inception in 2008.

The Rumsfeld Fellowship Program brings a small group of talented fellows from the region to Washington, D.C. twice a year for a period of six weeks.  As of today, after 23 successful fellowship sessions, 231 Fellows have graduated from the Program.

Unlike other exchange programs, where professionals from area focused sector travel to the United States to meet mainly with their colleagues and counterparts, the Rumsfeld Fellowship brings together participants from diverse educational and professional backgrounds (civil servants, diplomats, businessmen, experts, academics, military personnel, journalists, representatives of international organizations, etc.) who have an interest in learning about leadership, policy making and free enterprise in the United States, as well as have an interest in promoting increased regional cooperation throughout Central Asia and the Caucasus.

The Program consists of a series of high-level meetings during which Fellows have an opportunity to engage and interact with top policy-makers, business leaders, journalists, academics, military leaders, advocacy groups, non-governmental organizations and regional experts, exposing them to inside perspectives on how opinion making, decision making, policy making and policy implementation processes work in Washington, D.C. The Program also incorporates opportunities for professional development and networking. As part of the Fellowship, Fellows also spend one week of the Program traveling to two additional U.S. cities for meetings with local businesses and government representatives, providing them with insights into the United States beyond Washington, D.C. 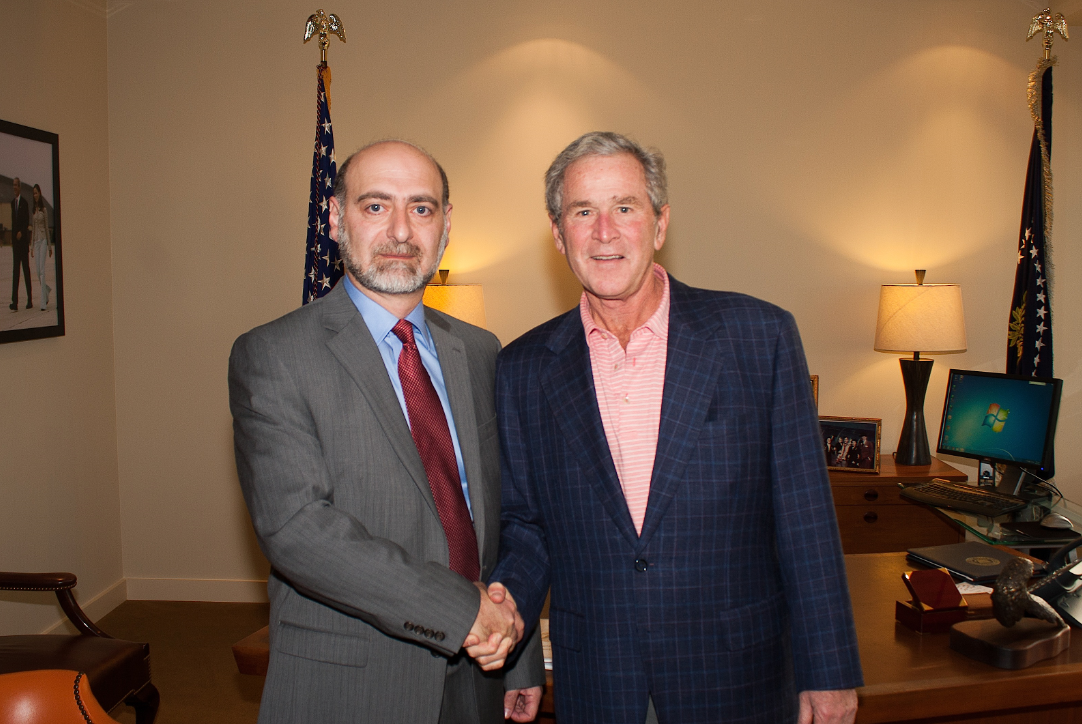 At the end of the Program the Fellows have a group presentation on a topic of their choice at a Central Asia-Caucasus Institute public forum, which serves as a platform for the Fellows to present their thoughts and engage with representatives from local embassies, businesses, universities, media and others interested in the region.

Besides providing the Fellows an opportunity to better understand how the U.S. public and private sectors work, another goal of the program is to foster better understanding and build stronger relations between the United States and countries of the region, as well as among the people of the countries of the region. That final aim - developing regional relationships - is what has become the biggest asset of the program today.  The Program’s alumni network has created a cohort of accomplished professionals driven to contribute to development, prosperity and cooperation in the region and committed to sharing ideas, knowledge, expertise and inspiration across Central Asia, the Caucasus, Afghanistan and Mongolia. 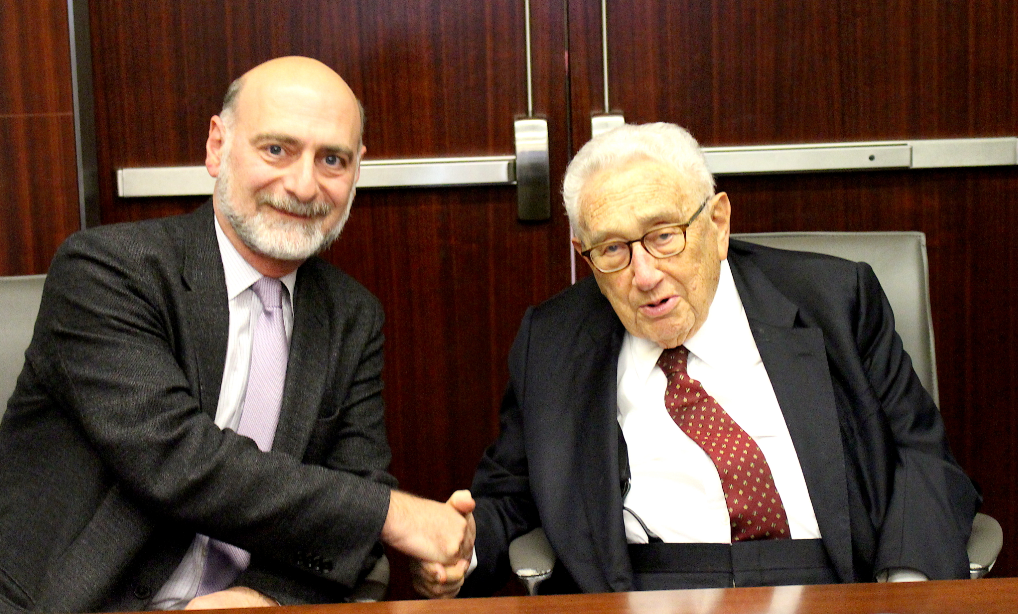 Rumsfeld Fellowship alumni network looks like a powerful force. Are there any alumni activities and programs?

Indeed. After five years of successful Fellowship sessions and a growing number of alumni, the Rumsfeld Foundation and Central Asia-Caucasus Institute began hosting regional alumni gatherings. The first alumni reunion was held in Batumi, Georgia in 2012 and was so successful that it was decided to hold them on annual basis. In 2014, building upon the annual alumni gatherings, the Fellowship alumni, in collaboration with the Foundation and the Institute, established the CAMCA (Central Asia-Mongolia-Caucasus-Afghanistan) Regional Forum to engage with a broader international audience invested in the future of the region. To date, six CAMCA Regional Forums have been organized in different host countries across the region, including Kazakhstan, Mongolia, Georgia, Tajikistan, Azerbaijan and Uzbekistan. Over the years the CAMCA Forum has featured more than 200 speakers and welcomed hundreds of participants representing over 25 countries across the globe from America to Europe to Asia.

The mission of the CAMCA Regional Forum is to serve as a platform to connect top professionals for region-wide discussions on means of advancing economic growth and social development as well as business and investment opportunities in Greater Central Asia.  The Forum is a premier convening of rising leaders from all sectors of the 10 countries of the region, providing the opportunity for attendees to interact with international leaders, stakeholders, policymakers, researchers, private sector executives and civil society representatives. Among previous keynote speakers were Ambassador James Woolsey, former Director of the CIA; Ambassador Paul Wolfowitz, former President of the World Bank; Dr. Arthur Laffer, world renowned economist and the author of “the Laffer curve;” and many others. Some even call this Forum an emerging “Regional Davos.”

The next CAMCA Regional Forum will be held in Almaty, Kazakhstan on June 18-19, 2020. The theme of Forum discussions will be “The Arc of Modernization: National, Regional and Global Trends.” Up to 400 participants, including numerous Rumsfeld Fellowship alumni, are expected to participate in these two days of discussions and those who are interested to attend can contact me or the Rumsfeld Georgian alumni for more details.

How would you describe the current tourism trends in the CAMCA region? What should be done to promote and develop intercultural relations among CAMCA countries?

Tourism could become one of the major contributors to economic growth, job creation, and preservation of culture for CAMCA countries. The region has unparalleled tourist potential that is yet to be discovered by travellers searching for new and authentic experiences.  The industry is starting to develop fast in most of CAMCA countries. Currently, Georgia is leading the game with 8.7 million international travellers and USD 3.2 billion in receipts.  The CAMCA region is well-positioned to benefit from such tourism trends as growing interest towards cultural tourism, rising demand on culinary trips, increasing number of young travellers and last but not least, Asia becoming one of the fastest-growing outbound regions. To make the most of these possibilities, the CAMCA countries could join forces to leverage from each other via cooperating in different directions such as tourism product marketing, travel facilitation, destination management and workforce development.

The CAMCA platform has an unprecedented potential to be used as a means for the development of tourism sector, economic growth and promotion of intercultural dialogue. With the active involvement of the relevant public, private and non-governmental representatives of CAMCA network, relations between the countries could be taken to a whole new level.

Ms. Mamulashvili, could you please share with us some figures about intra-regional trade within the CAMCA Region? How would you assess the economic potential of the CAMCA region and could you please briefly tell us about your further plans?

It is worth to be mentioned, that the total trade of CAMCA countries in 2018 comprised $10.1bn, up by 7.4 times since 2000. The top export products are: mineral fuel, gold, cotton, coal/copper, iron/steel, chemicals, fruits and nuts. Despite the gradual growth since 2000, the intra-regional partnership needs more comprehensive analysis and approach, as the CAMCA region is more than 100 million population market with significant potential of emerging opportunities for regional cooperation. Together with the fellows from CAMCA region we have decided, that in the upcoming period, we will be working actively with relevant public and private institutions, as well as leading international organizations to identify the existing opportunities and challenges in the CAMCA region and establish a business platform, that will aim to advance regional sustainable economic growth and development.

Nona Mamulashvili with Wyoming’s lone member of Congress in the U.S. House of Representatives Liz Cheney

At the final stage of the program, our group of fellows came up with the initiative to further explore the possibilities of closer and more extensive cooperation among CAMCA countries. We have agreed, that there is a need to establish the business platform that will be focused on strengthening the economic and trade relations among CAMCA countries. The Business Platform will connect business leaders, companies, and services within the CAMCA region in a broad network that can provide mutual support for business development, encourage cross-regional initiatives, articulate issues that are common to CAMCA’s growing business elite, and provide a focusing lens for these issues on local governments while simultaneously stimulating the emergence of a common CAMCA “voice” for business that magnifies the benefits of regional cooperation and coordination. further details regarding the business platform will be announced in early 2020. 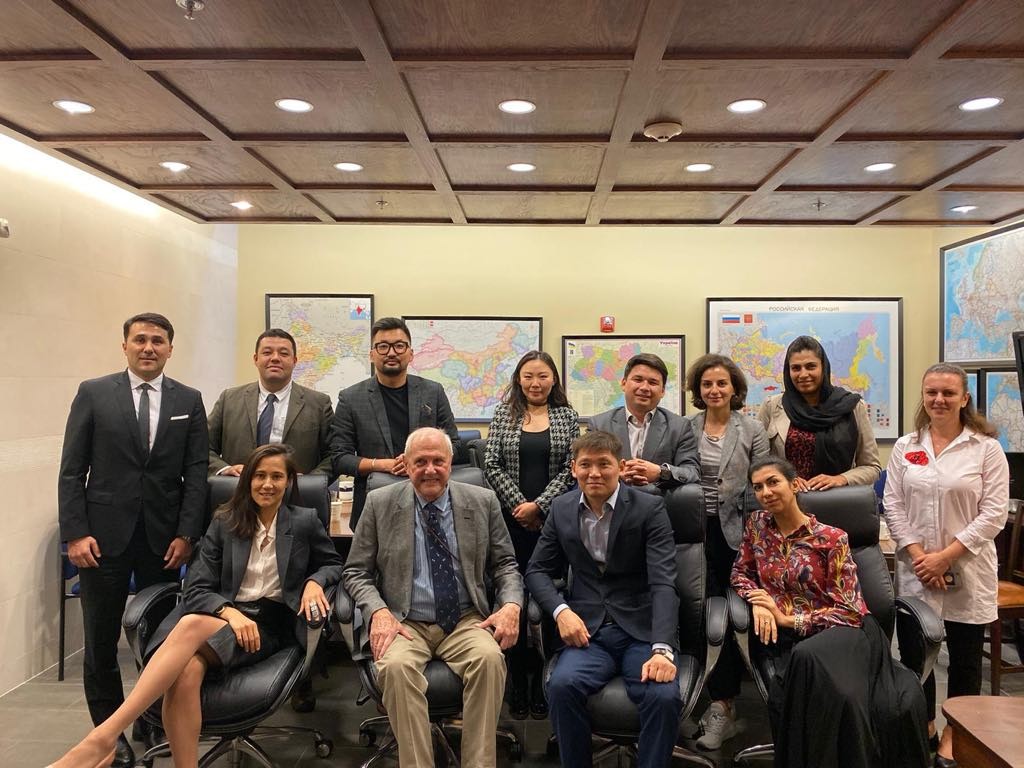