Jim Carrey bought an NFT film shot in Tskaltubo. This is the first NFT purchase for the actor, which he bought for 20 ETH ($ 39,535) from Ryan Koopmans and Alice Wexel's series The Wild Within.

"This one stops me. James Joyce said that's a good thing. Thank you @ryankoopmans for gently capturing nature's exquisite and relentless reinvention. BTW you're my first NFT,'' reads Jim Carrey's post on Twitter. 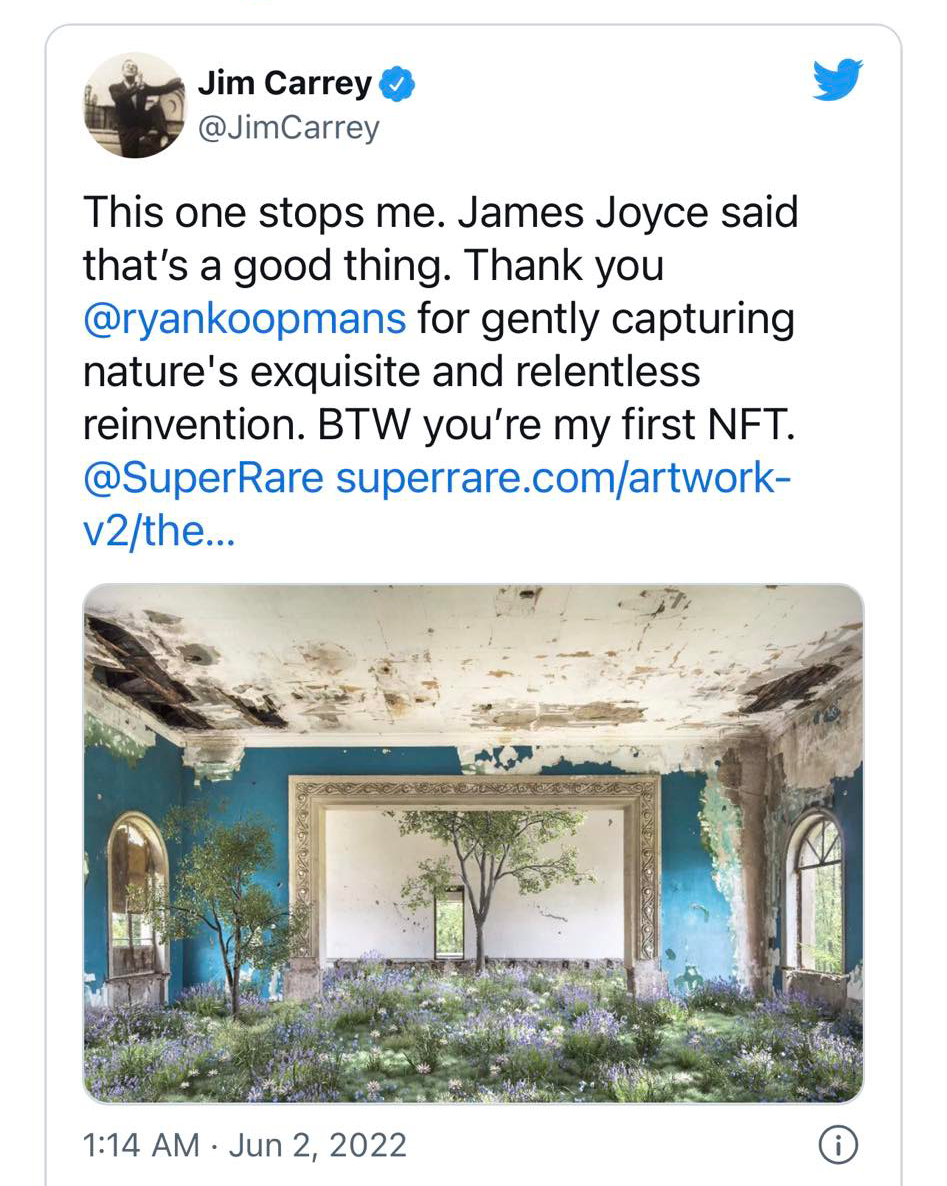 Devotion - This is an excerpt from Ryan Kupmans and Alice Wexel's project The Wild Within, which brings new life to the abandoned buildings of the post-Soviet era.

During his visit to Georgia, Ryan Koopmans explored the ruins and photographed the spaces. Upon his return, in collaboration with Ali Wexel, he turned the photos into digital works and revived them with plants. The result was a surreal clash between the past and the future, as well as between the physical and digital worlds. Many more interesting places have been shot within the project, which can be viewed at the link.

The platform superrare.com, where NFT works are located, writes that during the Soviet era, the Georgian city of Tskaltubo was a popular spa, famous for its healing water and luxurious sanatoriums. Thousands of people visited from 1940-to 1980, including Stalin and his high-ranking officials from Moscow. When the Soviet Union collapsed, the buildings were emptied. Since the early 1990s, buildings have been slowly falling apart and once-grand classic structures were being emptied.