"We gave digital immortality to Georgian epic poem, "The Knight in the Panther's Skin".", the author of the project, Luka Chkhetiani noted.  SYSTEM CORP is the Company, which works in the field of Artificial Intelligence. Recently, they have been selected as one of the top groups in the Microsoft competition. On 26 May, the Independence Day of Georgia they created a project called "Digital Immortality", which is the result of "Digital Emotion of 26 May".

Artificial Intelligence on 26may.systemcorp.ai reads Georgian medieval epic poem "Vepkhistkaosani", as known as "The Knight in the Panther's Skin". Artificial Intelligence, called "Tarsi" needs 5 hours and 47 minutes to tell the whole story. The authors spent 72 hours to fulfill the idea from beginning to end. 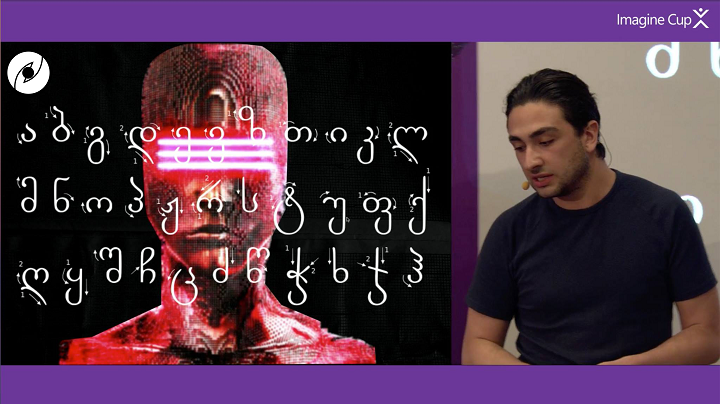 "26 May is emotional for Georgian people, indeed. In regard to this matter, you have to just realize what we overcame, what did we fight for and how much we wanted tomorrow to be better than today. Contemporary world in terms of the economic and industrial revolution stands at a crossroad. Hence, we, adults must make a contribution to the Georgian market of technologies, in order to define our economic, political and social strength. Our idea was to spread a message to the world with technological relations and Georgian cultural treasure, to tell them that this little country keeps fighting and can adapt to the new environment in spite of small resources. This kind of treasure, which we thought at first was "The Knight in the Panther's Skin" - brilliant idea. This step is one more humble and little attempt to make this day just a bit more promising and of course in a digital way." The author of the idea, Luka Chkhetiani states.

Transformer Attention Representation System, as known as "Tars" has started working with Vepkhistkaosani. In a short time, they will try to bring "Digital Immortality" to other compositions. It is also worth mentioning, that every product, which is created in the field of "Digital Immortality", has a free license, which means that any person can use it for their non-commercial goals.