Glamping in Georgia - Paradise on Earth

If you have never seen the Racha beauty, you should start your journey with the Glamping Georgia.

Two beautiful tents wait for you in the village of Krikhi, Ambrolauri municipality. Tents in the forest surrounded by trees provides calm and peaceful environment after noisy urban lifestyle.

The idea was proposed by Giorgi Isakadze two years ago. He wanted to offer such concept that would attract tourists to inactive zone. In this way, new and very different cottages for Glamour Camping, i.e. Glamping were arranged in Georgia.

Seemingly the most difficult stage came when all required equipments were delivered from abroad and it turned out that nobody intended to show interest in this project because of its peculiarity”, Giorgi Isakadze noted.

Both Georgian and foreign tourists visit the Glamping Georgia. 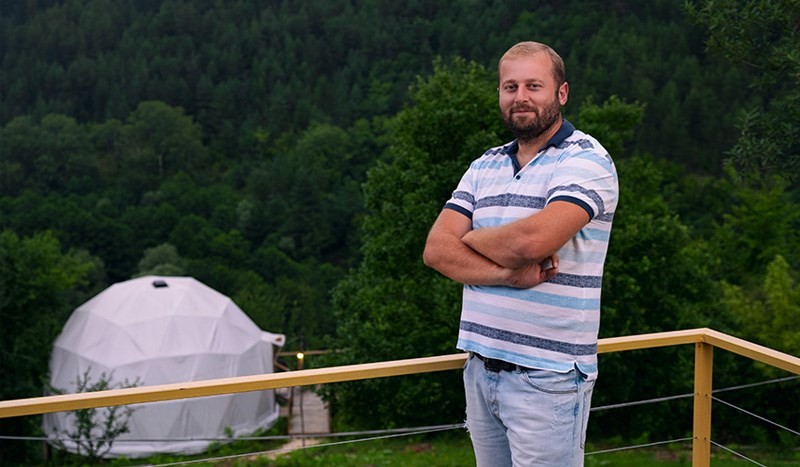 For making bookings, visitors mainly use booking.com, Facebook.com and www.glampingeorgia.com. The last website provides the lowest prices. Visitors are admired by peace, picturesque views, pathways through woodland, mini movie theater at tents with the access to Netflix. The Paradise on the Earth – one of the visitors named this camp in this way.

‘We are happy when our guests appraise our camp in this way. We are simulated and motivated more. We are interested to know what they like and what they do not and what they would like to see in the future”, Giorgi Isakadze noted.

Summer and the first half of autumn is the most overloaded period, but the winter period is the most beautiful season. Tents are kept open throughout the year, he said.

When Giorgi made sure that his undertaking had justified, he started thinking of attracting new financial resources. He learned about Startupers in the Internet and filled out an application. 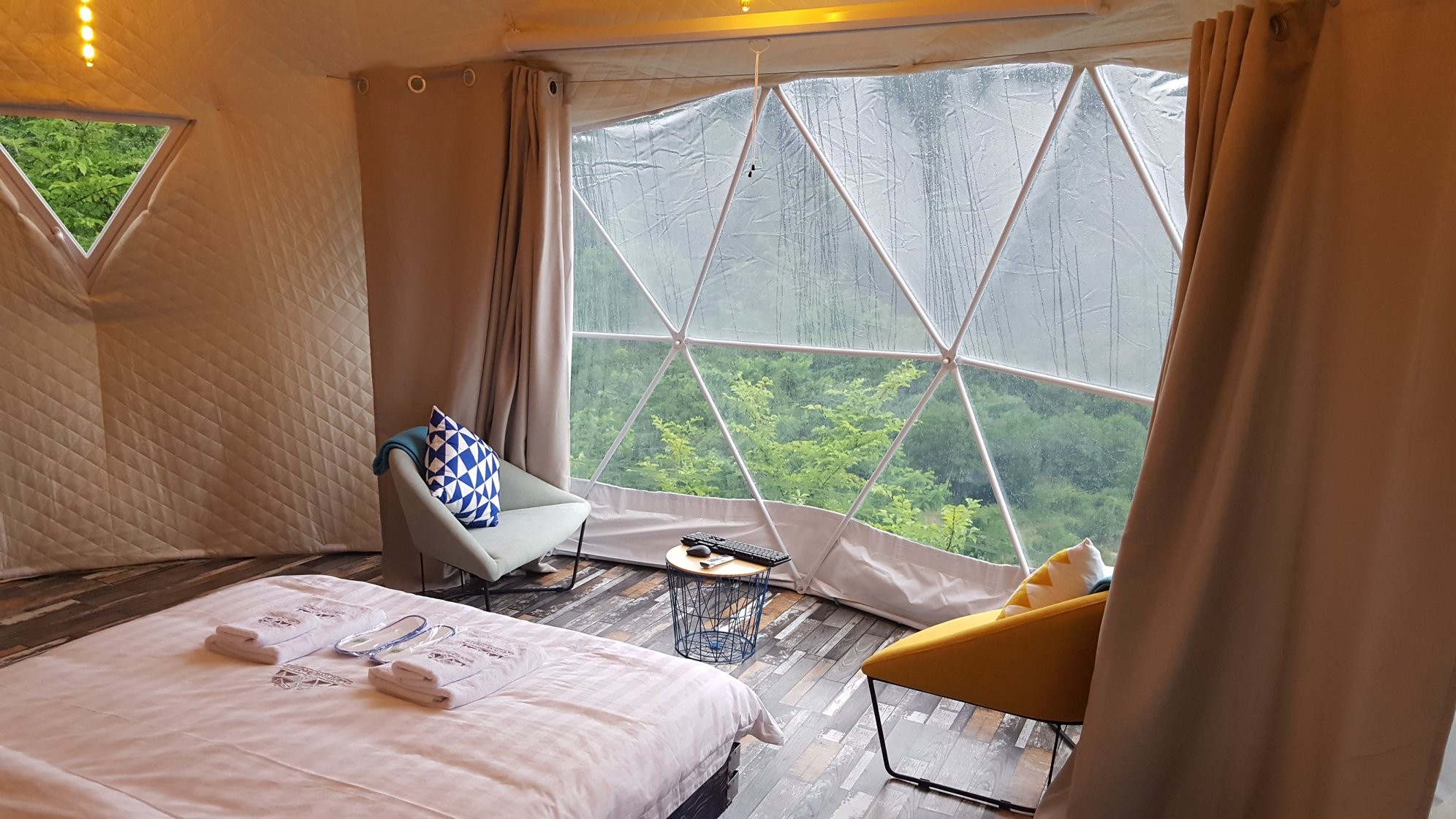 “They contacted me in several days, interviewed me and our cooperation started. Without this special program it would be difficult for me to attract due finances”, Giorgi noted.

At this stage, Isakadze plans to add four new tents. Later he plans to add a new location in other regions. In the near future, the project will also offer Racha cuisine.