At the end of June, the European Union will announce its decision on Georgia's candidacy status.
In anticipation of the EU response, the Shame Movement announced a demonstration on June 20, at 20:00, where representatives of the civil society, the Ukrainian government, and the European Union addressed the rally.
The announcement read:
"Europe is a historical choice and an aspiration of Georgians, for which all generations have given sacrifices. The tangible act of our historical aspirations is the Constitution of the Democratic Republic of Georgia. We, Georgians, created one of the most progressive documents in the world at that time and declared our connection with Europe based on shared values.
A century has passed and the Russian Federation now opposes the Western choice of Ukraine with new military aggression. Against the background of the heroism and self-sacrifice of the Ukrainian people, there is an unprecedented chance for Ukraine, Georgia, and Moldova to become part of the European Union and return to where our roots and aspirations are.
The citizens of Georgia may not agree on many issues, but freedom, peace, economic sustainability, protection of human rights, and justice are the values ​​that unite us all, which would be guaranteed by integration with the European Union.
That is why, in anticipation of the EU response, on June 20, at 20:00, we will gather in front of the Parliament and demonstrate the commitment of the Georgian people of the world to European choice and Western values."
The number of people taking part in a protest rally in support of European integration was at least 120,000, amounting to a maximum of 160,000, according to Netgazeti. 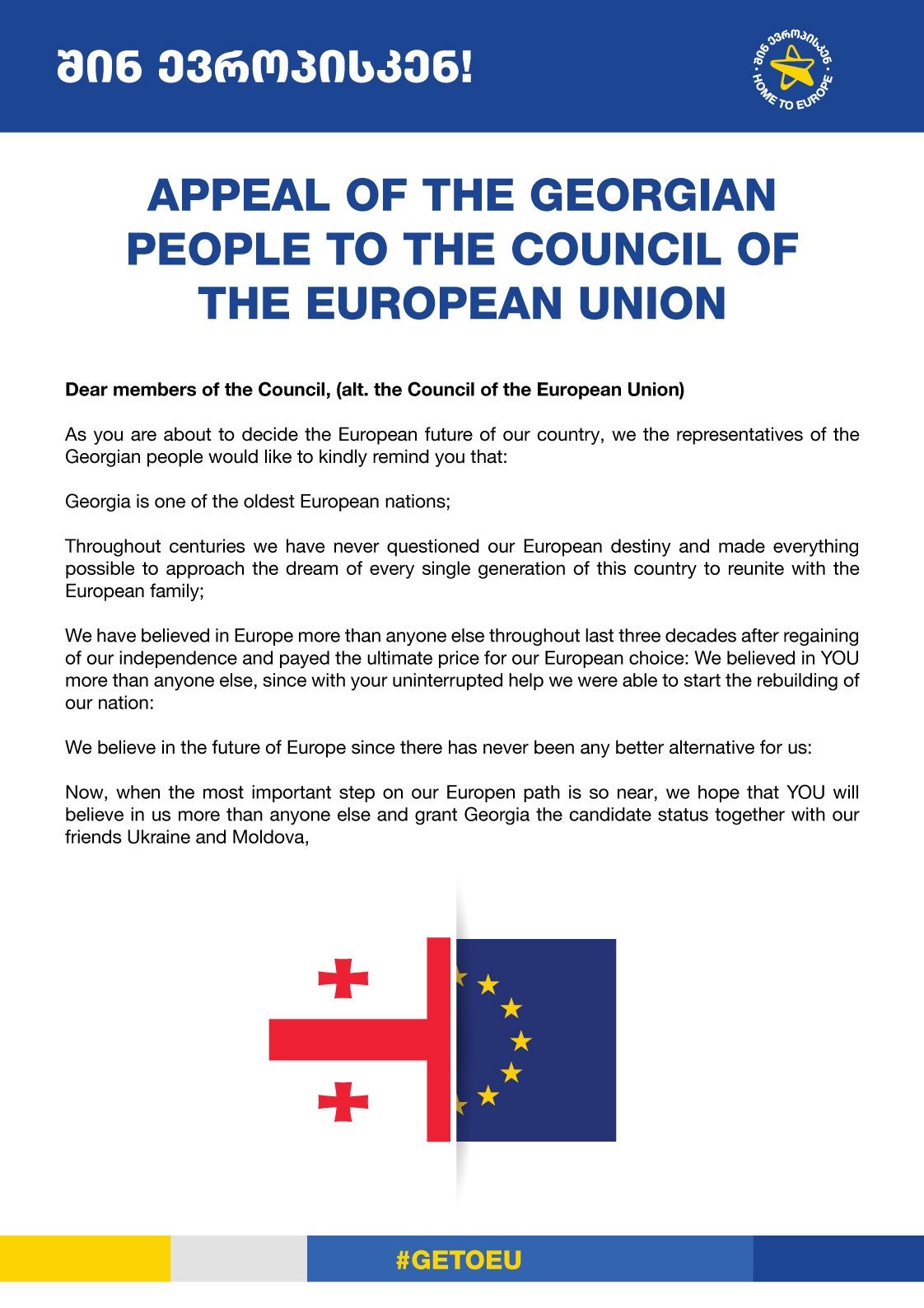 The Shame Movement announced another demonstration on June 24, after the EU announced its decision to grant Georgia candidate status. The Shame Movement also presented a manifesto and announced the establishment of a new People's Movement.
At 21:00, demonstrators marched to Europe Square, where the conclusive part of the event was held.
At the summit on June 23-24, the leaders of the 27 EU member states will consider the applications of Ukraine, Moldova, and Georgia for the EU candidate status.