General Director of JSC "Georgian Railway" Davit Peradze together with the Georgian government delegation visited Beijing, the People's Republic of China. Where "one belt, one road" was held at the high-level 2nd International Forum.

The delegation was led by the Vice Premier of Georgia, the Minister of Regional Development and Infrastructure Maia Tskitishvili. The Georgian side attended the forum with the invitation of the Chinese government. In the course of the forum, the heads of 40 countries and international organizations and up to 5000 representatives of 150 countries have discussed joint recommendations for the development of "one belt, one road".

Within the framework of the visit, Vice Prime Minister, Minister of Regional Development and Infrastructure Maia Tskitishvili and Director General of JSC "Georgian Railway" Davit Peradze met with Minister of Transportation of the People's Republic of China Lee Siaopeng where they discussed the transit potential of the middle corridor. 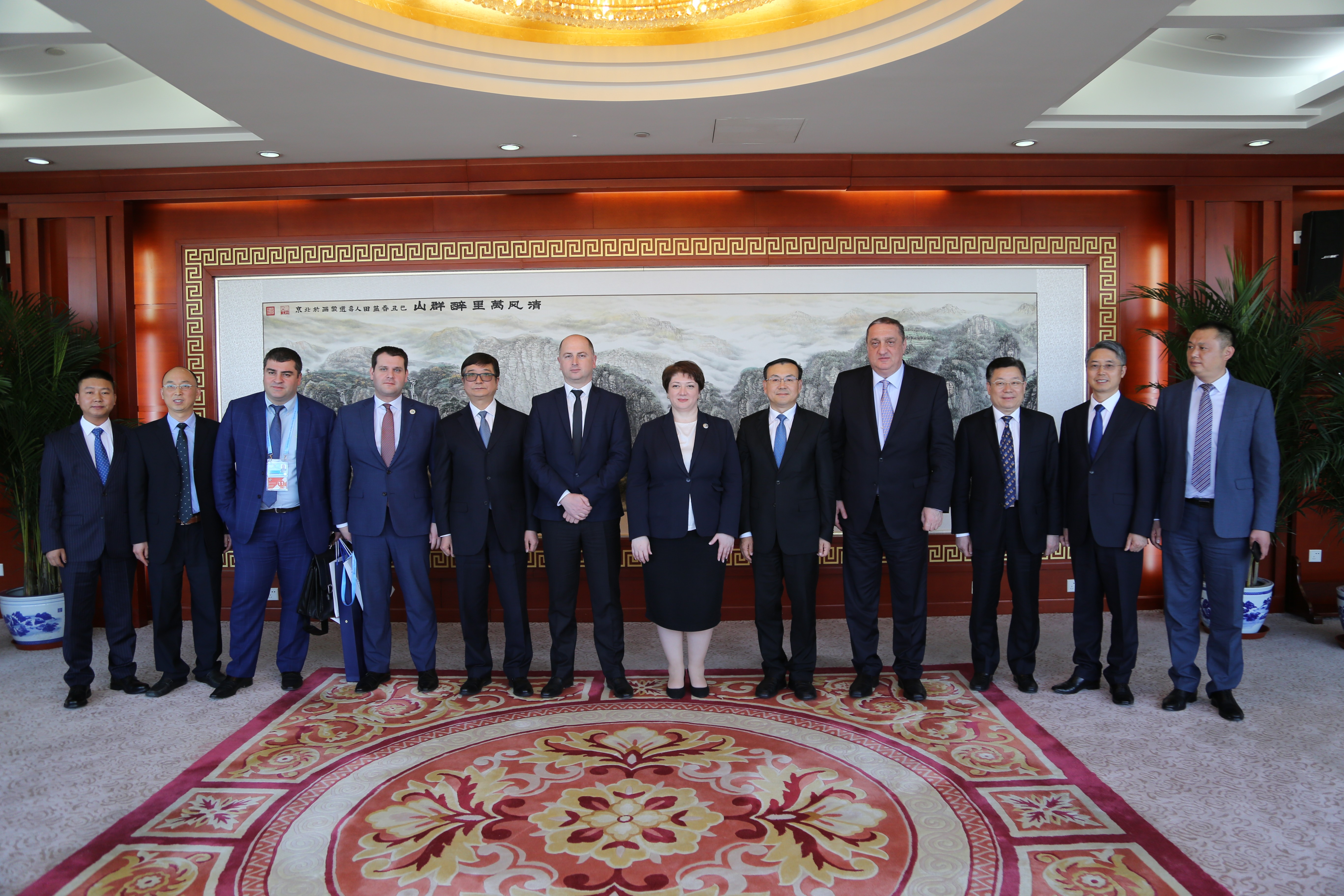 Maia Tskitishvili emphasized Georgia's transport and transit potential. It was noted that the Georgian government grants strategic importance to the development of the "middle corridor". At the end of the meeting, Maia Tskitishvili and Minister of Transport of the People's Republic of China signed an agreement: "Transportation of International Land Cargo and Passenger Transport between Governments of Georgia and China".

At the meeting, the sides discussed the importance of transit potential as well as increased turnover. "The Georgian Railway carried 18 thousand containers in the first quarter of this year, which is 31 percent higher than the same period last year. The result was primarily due to the introduction of new cargoes from China. It is good that the Transport Minister of the People's Republic of China has allocated a working group that will work on considering additional subsidies from the provinces of the People's Republic, which will further increase the cargo turnover in the future, "said David Peradze, General Director of" Georgian Railway ".

Agreements within the framework of the Forum will facilitate the expansion of the cooperation area and the transition from China to Georgia to a new level.