An interesting experiment authored by David Brodsky was organized in the shaft on Abashidze Street in Tbilisi.

The artist decided to give new life and load to the abandoned shaft - the existing space was beautified and turned into a performance installation in which several live sound performances were performed. Thus transformed a place unnoticed by many into a new art pole.

The project, "Festival Performance Days in Tbilisi" organized by the Public Art Platform, in collaboration with the radio band Common Waves, was held on December 25-27 as a synthesis of installation and performance. 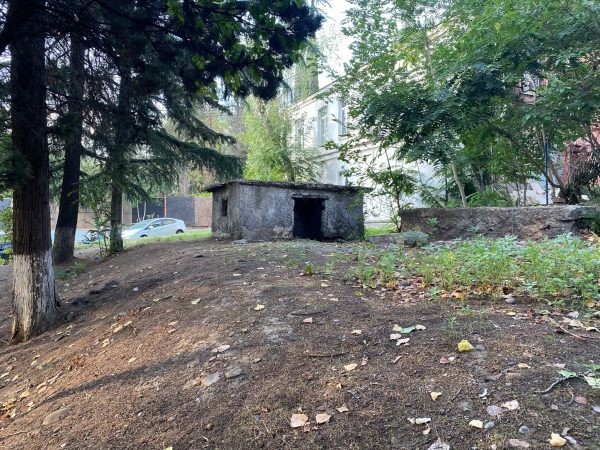 David Brodsky invited musicians Ben Wheeler, BUSF and Hundred Tapes to perform for three days.
"SHAKHTA" is an instrument from which sounds, tunes, words, messages and music of different contents emerge, which a person makes and releases into the air, space. It stands in a place that for years had the function of a street toilet, it was a temporary stop for drivers and wandering people, "vagrants". That is why "SHAKHTA" is dedicated to all lonely, homeless and deserted people,''-said David at Marketer.
It is necessary for the artist to determine in advance how each givens can be used in an interesting way, as if to feel in advance his character and ability - “When I saw the shaft in its original state, I was attracted to it as an interesting working material. Moreover, the process of creating the work became part of the same work as a work of art. It is very important the process, interacting with people, working and sharing, observing, and getting to know different architectural and creative practices with them. ” - Says David Brodsky.
From the beginning to the end, the work did not undergo any physical change, just with the music and sound that the artists created, the mood also changed.