Volume of Tbilisi Real Estate Market Decreased by 4% in October

The volume of the real estate market in Tbilisi has decreased.

According to a study by the global real estate services company Colliers International Georgia, 3,117 transactions were registered in Tbilisi in October 2020, which is 5% less than the same period last year. 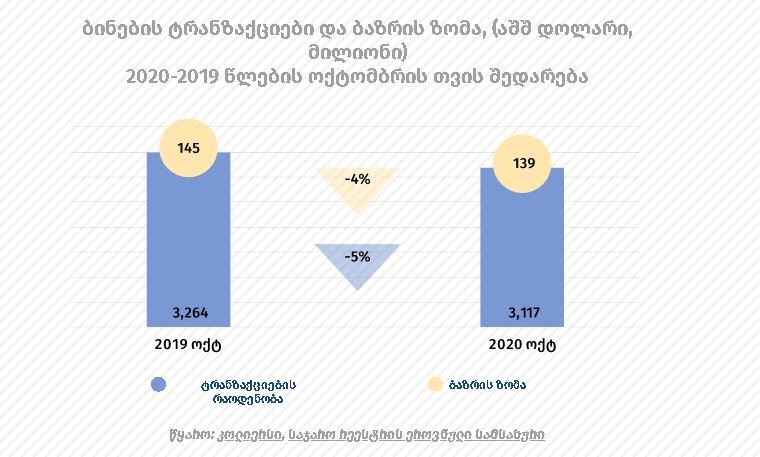 As for the market size, it is reduced by 4% and amounts to 139 million US dollars.

According to the study, the premium and medium segments of newly built apartments are 38% and 26% lower than the same period last year. Against this background, it should be noted that the number of transactions in the economy segment increased by 12% and reached 1,808. 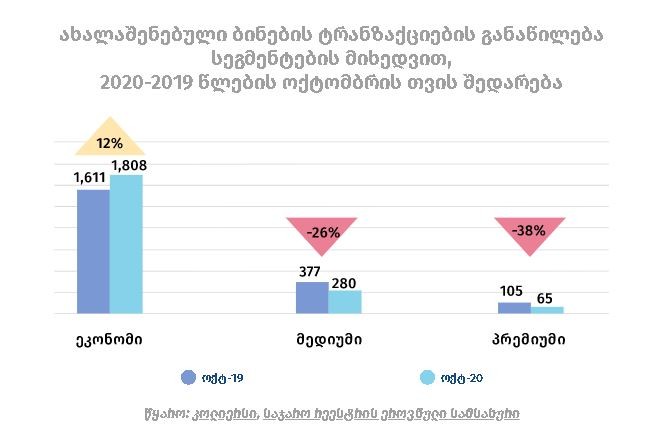 The number of newly built apartments is 20% less than the same period last year, while the number of transactions registered on old apartments decreased by 26% to 7,079 units. 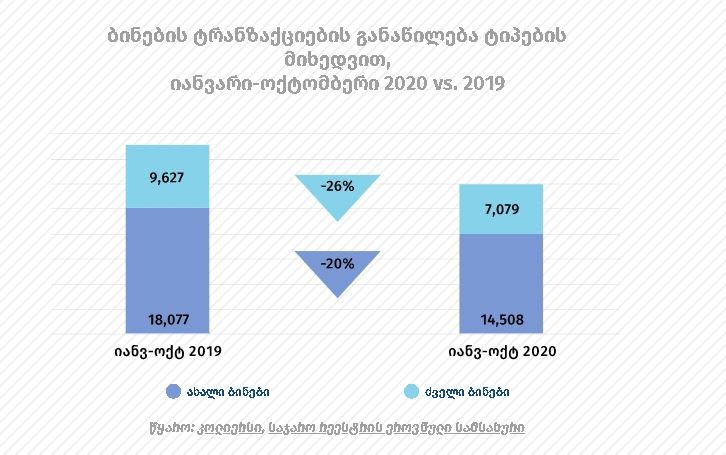 In January-October 2020, the market size of newly built apartments decreased by 24% compared to the same period last year and amounted to $ 666 million. In the case of older apartments, a 27% decrease was observed and the market size was $ 281 million. 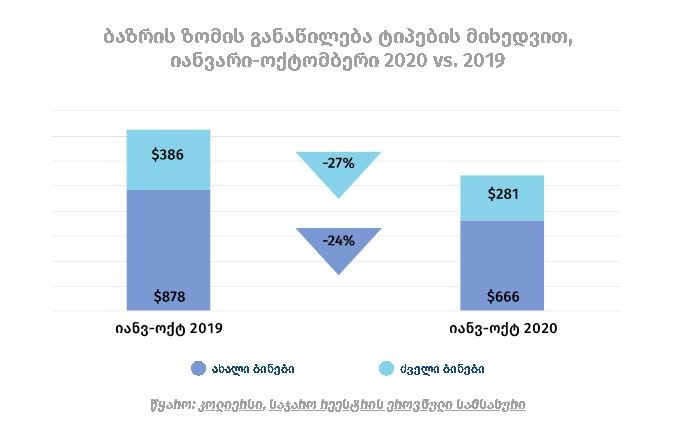 One Republic Holds Concert in Georgia
04