Georgian Designer Irakli Sabekia has developed a project "Voicing Borders", a device that can turn the border fence between Russia and Georgia into a radio transmitter.

Using the fence as an antenna, the specially tuned transmitter broadcasts the names and coordinates of villages that were erased during 2008's Russo-Georgian War, in Morse code.

"I moved to Holland since 2015 and started studying in Design Academy Eindhoven. My department "Man and Leisure" works on experiences and social design, perhaps, the projects are related to many different themes. In 2018, I decided, to create a project on the matters of Russian occupation. I am from Abkhazia, therefore, this theme and destiny of people, who lost their homes and livelihood in 2008 is quite relatable for me.", noted Irakli Sabekia. 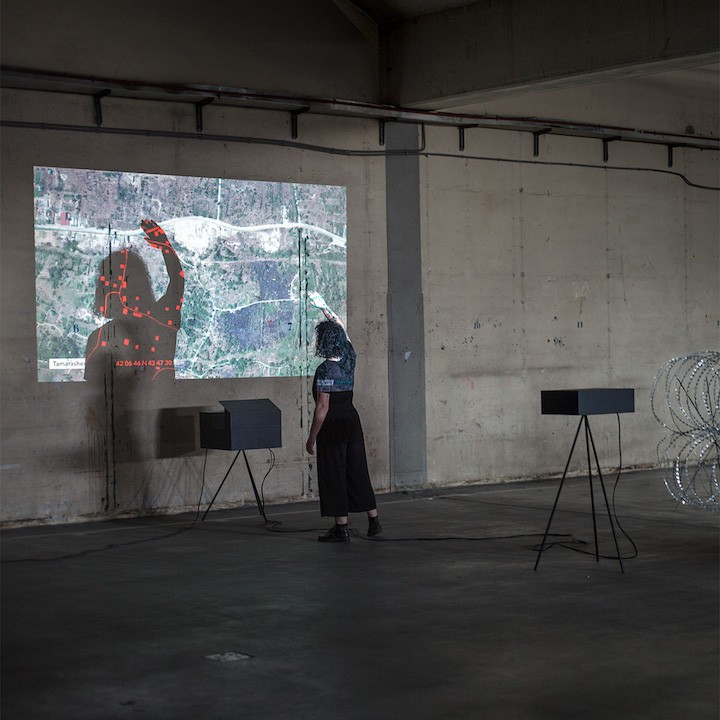 "I started examining it just as a metal structure in the landscape, looking for properties that I could use to my advantage. And in my research, I came across an image of a beautiful old radio tower and it immediately sparked a question – if this structure can be used for communication, why can't the wire do something similar?", Irakli stated in article on deezen.com.

"This is an interactive projection. It gives an opportunity to the viewer, to keep track to demolished burned down villages in Tskhinvali region in the last decade. For this, satellite photos are presented by the special technique for the installation. The visitor, standing towards the projector, in her own shadow, can see locations and structures of villages, which is not visible in the external depiction of shadow. Therefore, it represents the idea of resistance of present and past and viewer can discover the places, which are already vanished now. In the installation, 16 villages are enrolled.", noted Irakli Sabekia. 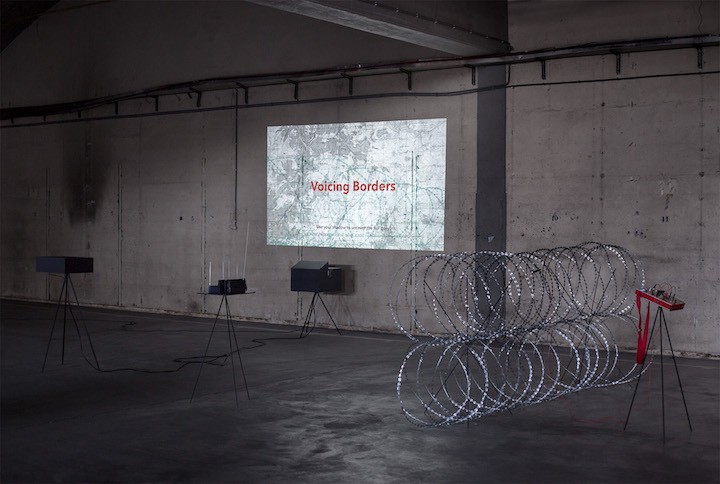 Together with this, he created radio transmitter, which combines with razor wire, uses it as a satellite and sends over short radio message in Morse Code.

"Hearing the radio message is possible by using nearby small radios. In the messages, the names of demolished villages and their geographical coordinates are heard. The device enforces occupational weapon against itself and spreads something, which must be hidden."

Irakli Sabekia's installation was already exhibited in Haaga, Rotterdam and on Eindhoven design week in Holland.

Soviet and Modern Georgian Films to be Screened in Tokyo
06