Autism spectrum disorder (ASD) is a neurodevelopmental disorder characterized by social communication challenges and the presence of restricted and repetitive behaviors.

ASD symptoms usually appear in early childhood and change over time and with development.

Researchers continue trying to determine both the genetic and non-genetic environmental factors that contribute to autism - about 15% of children with ASD have been identified as having a genetic disorder, such as Fragile X syndrome, tuberous sclerosis, Down syndrome, or other chromosomal abnormalities, copy number variants, and single-gene mutations.

Fragile X syndrome (FXS) is the most common inherited single-gene cause of intellectual disability and autism or autism spectrum disorders. 2%-6% of children with autism have fragile X syndrome.

FXS has been detected in all populations and ethnic groups. Though FXS occurs in both genders, males are more frequently affected than females, and generally with greater severity.

The reason there are fewer females with FXS than males is that the gene for FXS is located on the X chromosome. Males (XY) - having only one X chromosome - will develop FXS because they have a mutation of their single (only) X chromosome. Females (XX) - having two X chromosomes - can have the unaffected X reduce the effects of the affected X, which typically leads to no or milder symptoms of FXS. 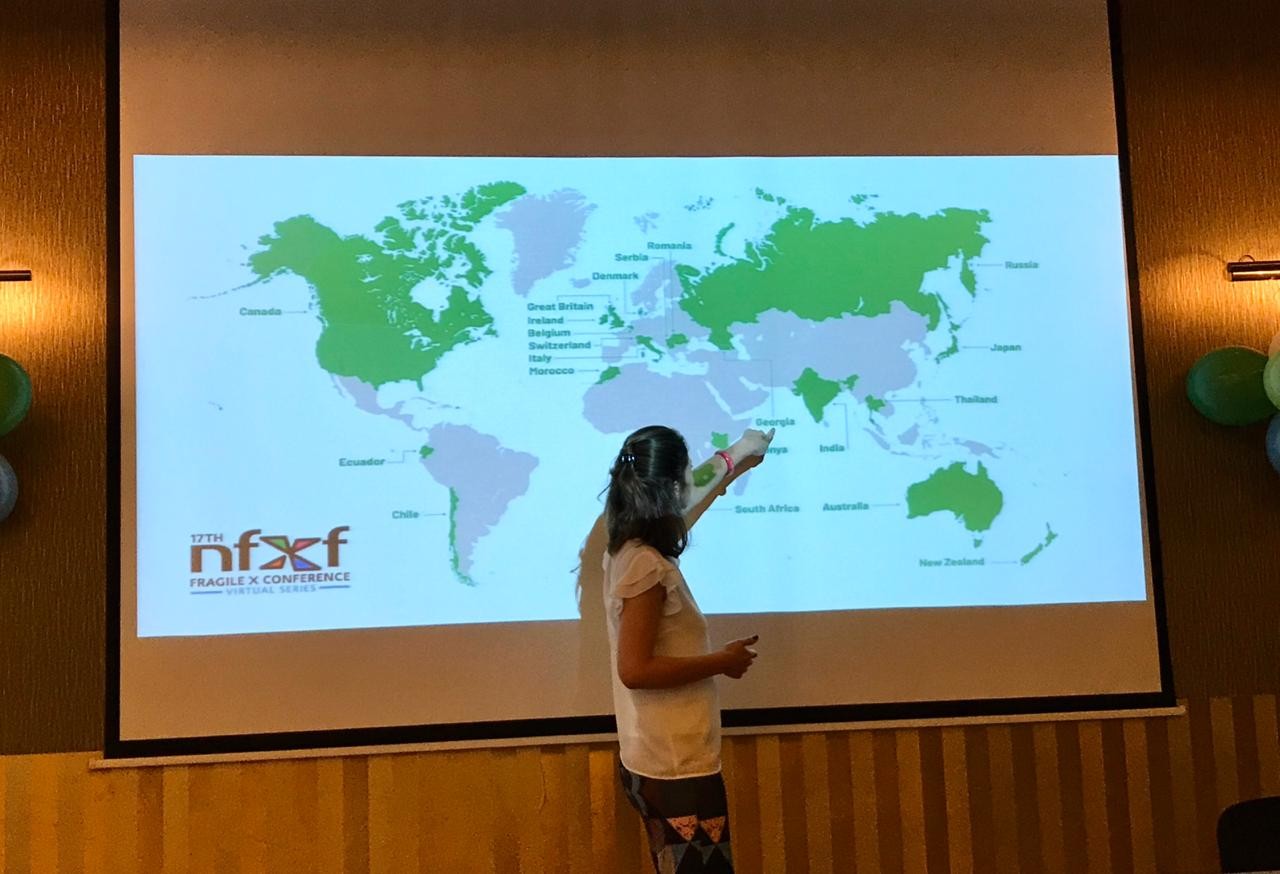 Typical physical characteristics of those with fragile X syndrome include a narrow face, a prominent chin and jaw, and ears that stick out. Boys usually have enlarged testicles during and after puberty. Children may be larger than their peers in childhood, but because they usually have only a small growth spurt during puberty, adult height is often short although some may be tall. Unusually flexible joints are also characteristic and can cause orthopedic problems.

Health problems, related to the variety of underlying physical abnormalities, include frequent sinus and ear infections, a “lazy” eye, dental problems, and heart murmurs indicative of a floppy heart valve. Seizures are common but are often outgrown by adulthood.

Behavior problems can be severe. Although many children with fragile X syndrome clearly desire socialization, they are often overwhelmed by stimuli, leading to behaviors typical of autism. Like classically autistic children, they may avoid eye contact, flap their hands, and have late speech development with unusual patterns, such as mumbling or very rapid speech that is difficult to understand. Many children are impulsive and hyperactive, and some are aggressive.

Individuals with Fragile X syndrome are frequently co-diagnosed with autism (autism spectrum disorder), and families and some professionals are often confused by the relationship between the two.

Given the possibility of a link, it is recommended that all children with autism, both male and female, be referred for genetic evaluation and testing for FXS and any other genetic cause of autism - DR. RANDI HAGERMAN, a medical director of MIND Institute at the University of California, Davis.

There is no cure for fragile X syndrome at this point.

Understanding the unique pattern of physical and mental problems typical of fragile X syndrome in order to optimally treat the individual is one reason why a proper diagnosis is so important. New targeted treatments are being studied in clinical trials that have the potential to reverse aspects of fragile X syndrome, including the behavioral and cognitive deficits.

The FRAXA Research Foundation is continuing its annual effort to spread awareness by getting structures and landmarks illuminated around the world. The campaign began in 2018 when FRAXA got Niagara Falls lit up.

This year on July 22, more 277 globally spread the word about Fragile X and highlights the progress of research to find a cure.